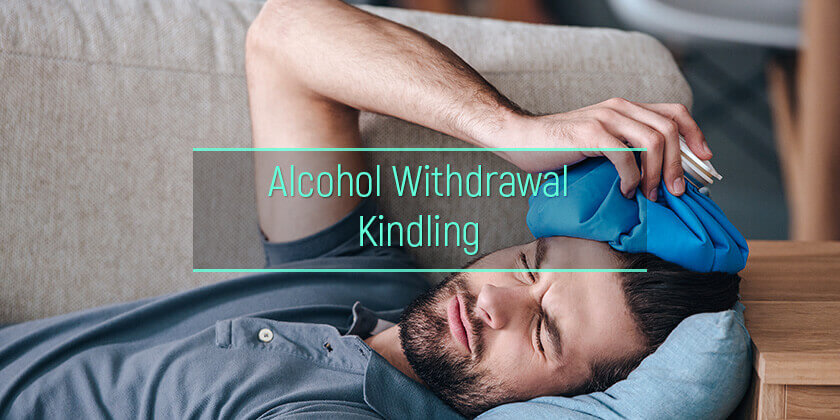 When someone who is addicted to alcohol attempts to quit using it, they will experience withdrawal symptoms. These symptoms are the body’s response to the sudden absence of alcohol in the system. The majority of alcohol addicts will attempt to quit drinking many times before they are successful. These repeated cycles of drinking, withdrawal, and relapse can trigger a condition known as alcohol kindling.

What Is Alcohol Kindling?

Kindling is one of the many negative effects of alcohol. The kindling phenomenon develops after an addict has attempted to quit numerous times only to relapse and start the cycle all over again. In essence, this condition makes alcohol withdrawal symptoms more pronounced each time the person quits drinking.

The kindling effect impacts both stages of withdrawal.

It is possible for kindling alcohol syndrome to begin as early as the second time detoxing from alcohol. The syndrome causes the worsening of withdrawal effects, making them more pronounced, longer lasting, and more dangerous with each subsequent withdrawal. When withdrawal and detox are attempted outside of a supervised setting, alcohol kindling symptoms can make the process deadly.

To date, there is speculation as to what causes kindling alcohol withdrawal, but no medical consensus. A leading theory is that repeated withdrawals cause accumulated neurotoxicity, making neurons hypersensitive. The synapses can then react more abruptly and more strongly to the absence of alcohol. This is thought of as a form of alcohol-induced brain damage, not unlike wet brain symptoms. However, studies have yet to prove that this is how alcohol kindling occurs definitively. No matter the mechanisms behind it, the kindling effect of alcohol withdrawal is dangerous.

The symptoms of kindling alcohol withdrawal are the same as those of withdrawal in general, only more pronounced. As such, both addicts and medical professionals may struggle to diagnose the syndrome. The signs of alcohol kindling are the following symptoms getting worse with each subsequent withdrawal:

There are other symptoms that are related to alcohol use which may or may not be exacerbated by the kindling effect. For example, a difficult detox could result in heavy alcohol bags under eyes. Since the kindling effect impacts the neurological system, alcohol could have an impact on sex drive. However, further studies are needed. 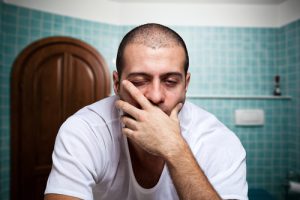 Kindling alcohol withdrawal syndrome is dangerous for two primary reasons. First, as symptoms become more pronounced, an addict attempting to detox alone is more likely to be driven back to drinking, exposing them to the dangers of alcoholism once more as well as an increased kindling effect when they attempt to quit again. This drive to relapse keeps the cycle of alcohol addiction going.

Additionally, studies have indicated that the kindling effect is permanent. However, it is not yet proven that alcohol kindling is not reversible in humans.

It is also not limited to alcohol use but can be triggered by withdrawal from other substances that act on the body in similar ways. This means that if an addict trades one addiction for another, they will still be at risk.

For now, treatment of alcohol kindling is focused on keeping the patient safe and as comfortable as possible while going through the process. During the kindling alcohol detox, the patient stays at a facility where various therapies can be used to lessen the effects and keep their body in the healthiest state possible. Medications used can include anticonvulsants, anti-anxiety pills, and antidepressants. Depending on the severity of symptoms, treatment could take several weeks before it is safe to stop using medication.

In addition to medicine-based treatment, rehabilitation centers also employ various forms of therapy to help the patient avoid relapse. This is vital, as the greatest risk is the patient continuing their alcohol use and dying either as a result of use or from a harsh detox. Dialectical behavior therapy, cognitive behavioral therapy, and support groups can be used, as well as alternative alcohol treatment. As long as the patient is committed to recovering, they can beat alcoholism and the kindling effect.

Anyone who has gone through alcohol withdrawal in the past is at risk of experiencing the kindling effect. As such, they should seek out alcohol rehab treatment centers for assistance. There, they can access quality care in a safe environment that will help them detox and develop the skills needed to say no to alcohol going forward. To deal with symptoms of alcohol detox, seek help.