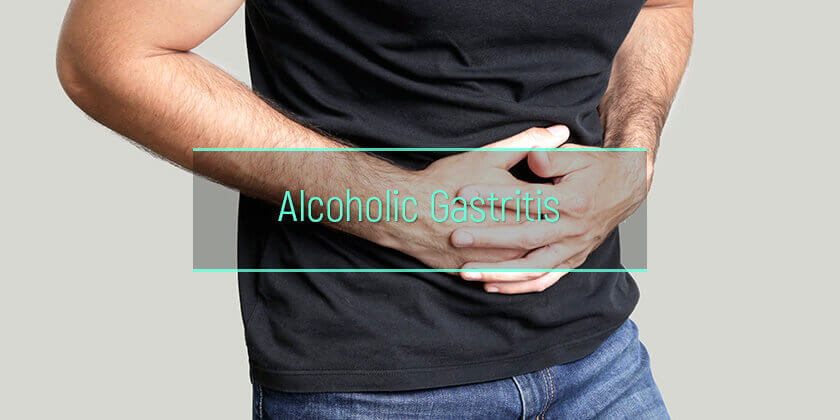 Gastritis is the inflammation of the stomach caused by damage to the mucosal lining due to irritation or erosion. The mucosa lining serves as the first line of defense against alcoholic gastritis.  There are a lot of factors that contribute to the damage of the mucosa lining. However, alcohol plays a great role. Regular intake of alcohol neutralizes the bicarbonate ions which constitute the stomach’s mucous epithelial lining, thereby damaging the mucosa lining. This article focuses on the causes and treatment of gastritis, signs and symptoms, and explains the interrelationship that exists between alcohol and gastritis.

What Is Alcoholic Gastritis?

Alcoholic gastritis is the inflammation of the mucous lining of the stomach as a result of excessive and prolonged use of alcohol. Alcohol-induced gastritis is not caused by merely drinking a few bottles of alcohol; instead, it is caused by a consistent increase in the amount of alcohol taken for a long period of time. Alcohol erodes the mucous membrane of the stomach, making it open and more susceptible to the effect of gastric HCl. Gastritis is equally caused by several other factors such as the presence of bacterias particularly the Helicobacter pylori.  Other causes of gastritis include diabetes, smoking, long-term usage of aspirin, and ibuprofen. However, a common sign of alcoholic gastritis is a sharp abdominal pain or upset which is usually felt as diffused burning sensation after drinking alcohol. However, it can also be a symptom of alcohol-induced diabetes, as ethanol affects liver and pancreas as well.


Signs And Symptoms Of Alcohol Gastritis

Alcohol-induced gastritis can both be acute as well as chronic which could have a short-term and long-term effect. It is important to note that the effect is dependent on the individual’s weight, gender, and several other factors.

Acute gastritis is caused mainly by nonsteroidal anti-inflammatory drugs such as aspirin and ibuprofen as well as excessive intake of alcohol. Acute gastritis is often temporary and can result in stomach pain after drinking alcohol—however, the pain fades off with time. Other symptoms of acute alcoholic gastritis include loss of appetite, nausea, and vomiting. These symptoms are quite similar to that of pancreatitis, which is the long term effects of alcohol on the pancreas.  Hence, it is advisable to see a doctor immediately these symptoms are noticed.

Chronic gastritis has greatly reduced in the developed countries while the developing ones still have a handful of concern as regard alcoholic gastritis. Chronic gastritis is characterized by belching, indigestion, weight loss, loss of appetite, bloating, vomiting blood after drinking alcohol. It is equally expedient to say that not all chronic gastritis show signs or symptoms, hence, the need for a proper diagnosis to rule out the presence of gastritis.


Statistics on the Connection Between Alcohol Consumption and Gastritis

According to the journal Annales UMCS, reports of gastritis occurred in 100% of individuals who drank chronically, and a reduced rate of  72% occurred for Individuals who were not drinking. Those who were diagnosed with alcohol addiction had been drinking it for more than ten years. This goes to show that alcohol addicts have a greater chance of contacting alcoholic induced gastritis. 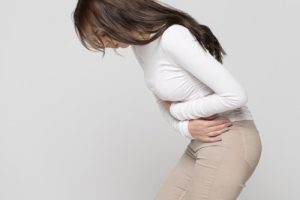 It is imperative to state that alcohol plays a great role in causing gastritis as well as several other pathophysiological effects that can be life-threatening.  The effects of drinking alcohol can be short-term as mentioned above; it is equally capable of producing some devastating long-term effects and complications that may be difficult to fight. Some of the long-term effects of alcohol-induced gastritis include:

It is also pertinent to note that both the short-term and the long-term effect can be treated if proper medications, as well as the doctor’s recommendations, are followed to the core.

The diagnosis of gastritis alcohol can be made via any of these three methods namely;

It is not safe for one to drink alcohol when diagnosed with acute gastritis because the gastric mucous membrane is already compromised, further drinking of alcohol may lead to chronic gastritis.

It is even more dangerous to drink alcohol when diagnosed with chronic gastritis. Chronic gastritis involves the deeper layers of the mucous membranes and subsequent infiltration of more lymphocytes. It results in atrophy of the gastric mucosa with loss of chief cells and parietal cells of glands. It is advised to stop drinking of alcohol as it may cause harms beyond recovery.

The treatment plan for alcoholism can be both residential treatment plan as well as an outpatient treatment plan. The residential treatment plan involves the patient living in the rehabilitation center for a few weeks to about a year. The outpatient plan for alcoholism involves the patient living at home and taking treatment from home. Both treatment plans are to ensure that the addiction withdrawal syndrome does not occur while the chains of alcoholism are broken as well.
The treatment for alcohol-induced gastritis can also be medical or perhaps be treated with the intake of a specific food. Doctors could prescribe various medications which would be helpful. Some of which could include antacids (a basic solution to lower the concentration of the gastric acid), H2 antagonist; ranitidine, proton pump inhibitor; such as Prilosec.
Aside from medication, the avoidance of certain foods is also often recommended for patients. Example of foods gastritis patients should avoid are proteins such as beans, tofu;  Probiotics such as yogurt, and foods with a high amount of salt, fats, preserved meat, and red meat. There are also numerous treatment centers for alcoholism, where treatment can be administered to the patient.

The most effective way to prevent alcoholic gastritis is by reducing the amount of Alcohol taken. Moderate consumption of alcohol is considered not bad for the health; however, a quick reminder of its effects would help people of all ages to be cautioned.

Other measures to take include:

If these preventive measures are followed, the prevalence of gastritis would be reduced greatly. One can only hope that this translates to better health status for people