Have you ever wondered, “How does alcohol affect the brain?” Well, you are not alone. The effects alcohol has on the body has been the subject of several pieces of research spanning decades. At this point, suffice it to say that the damage the body suffers goes beyond the brain fog and the headache excessive drinkers experience in the morning after.

Some of the effects involve a complete rewiring of your brain, dreaded mental diseases, and depression among other conditions. One may argue that the effects of alcohol on the brain are not so pronounced for recreational alcohol users. The fact is that even for drinkers who recover from alcohol effects the following day, they experience short-term loss of control and mental functioning. This can spiral into personal and legal problems if left unchecked.

How Does Alcoholism Affect the Brain?

According to a 2013 survey conducted by the National Survey on Drug Use and Health on the effects of alcoholism, approximately 52.2% of Americans 12 years and above were categorized as current alcohol users. 6.3% of them were heavy alcohol users.

It is not a surprise then that most of the alcohol-related effects including brain damage are rampant in the United States. The mental health field has brought it out clearly that consumption of alcohol potentially exacerbates underlying mental health disorders. This is the first pathway that sheds light on how alcohol affects the brain.

The brain is one of the most delicate organs of the body and needless to say the most vulnerable to injury. The brain damage from alcohol consumption involves a multiplicity of factors that vary from one person to another.

Close to half of the approximately 20 million alcoholics in the United States suffer from neuropsychological difficulties arising from the effects of the interaction between alcoholism and the brain. This ranges from mild to severe. Close to 2 million alcoholics among them drinking underage cases have permanent and debilitating conditions requiring lifetime custodial care.

The explanation of the effect of alcohol on the brain can best be summarized using models developed in the health field. 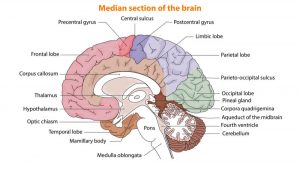 Does alcohol kill brain cells? Well, looking at how the different areas of the brain suffer under the influence of alcoholism, the answer is yes.

As the blood alcohol concentration increases, its effects on the central nervous system becomes more pronounced. The brain, being a complex system, has specific regions that are more vulnerable to chemical modifications. The following are some of the main regions in the brain system that are more susceptible to alcoholism.

Also known as the reward pathway, this region is easily stimulated by alcohol. A brain on alcohol releases a chemical known as dopamine which is responsible for the feeling of pleasure. Since this is the pathway involved with addiction, you will require more alcohol as time goes by to create the same level of satisfaction and pleasure.

This part is responsible for problem-solving, impulse inhibition, goal setting, decision making, judgment, social conduct among other functions. Effects of alcoholism cause this region to shrink and reduce in mass while lowering the number of neurons within the prefrontal cortex. This causes drastic changes in personality and emotions.

Emotions and memories are created in this region. It also plays a key role in anxiety and fear. The interaction between alcohol and brain cells disrupts the growth of new cells leading to memory lapse and to some extent depression.

Temperature control, learning and memory, and most importantly hormone regulation occurs in this area. It is one of the few areas that brings out clearly the long-term effects of alcohol on the brain. It causes deficits in memory and hormonal disruption. This explains why some recovering alcoholics experience delirium tremens symptoms.

Even though the cerebellum is about 10% the size of the brain, it is home to about 50% of the neurons. It is directly responsible for coordinating voluntary movement, eye movement, and balance. Effects of excessive drinking cause atrophy where the white matter shrinks. The heavy injury of this part of the brain by the toxic substance may also cause alcohol seizures.


Short-Term Effects of Alcohol Consumption on the Brain

Occasional drinkers can produce short-term effects after one or two rounds of drinking. One of the effects of alcohol on the brain common among this group is memory impairment. This begins right from the onset of the drinking cycle and becomes increasingly worse as you consume higher quantities.

If you consume alcohol while hungry, you can get a blackout. Among the effects of alcohol on mental health can be explained by the fact that it stresses cells in the hippocampus region causing a release of corticosteroids. These are chemicals released to protect the brain cells. In doing so, they in effect inhibit the cells from creating connections responsible for memory.

According to the National Institute on Alcohol Abuse and Alcoholism, there are two main types of blackouts:

Short-term effects of alcohol on the brain such as blackouts occur because the level of alcohol in the blood rises too fast. The amount of alcohol that can potentially lead a person to a blackout is subject to a lot of factors. For instance, the quantity you drink, your bodyweight, and the state of the stomach when you start drinking.

Blackout is categorized as a form of amnesia occurring due to the alcohol effect on brain sections within the hippocampus. Alcohol significantly alters the activity of this part.

Mental problems are among the alcohol poisoning symptoms and effects linked to blackouts. However, oftentimes these are temporal. That said, taking alcohol can expose you to risky and dangerous behaviors such as reckless driving and vandalism.

Excessive consumption of alcoholic drinks has been associated with reduced blood flow, shrinking neuronal density, and glucose metabolism. Glucose metabolism declines because of the decrease in Vitamin B1, a critical ingredient in brain tissue. The result of all these alcohol effects on the brain is the development of alcohol kindling and alcohol-induced diseases.

Heavy drinkers are three times more likely to develop dementia and related effects than the rest of the people. This is a syndrome characterized by:

Dementia is a classical consequence of alcohol-related brain damage. The toxic levels of alcohol cause the brain to shrink thereby killing the cells.

This is a condition affecting eye movement. It is caused by the lack of thiamine due to poor dietary choices and the effects of decreased absorption and activation. Both are linked to heavy drinking. Thiamine deficiency best illustrates how alcohol kills brain cells.

The symptoms of this disease include:

When left unchecked, alcohol and brain damage can degenerate to Korsakoff’s syndrome. Just like Wernicke’s encephalopathy, this condition is caused by alcohol-induced thiamine deficiency that ultimately leads to brain damage. It can be preceded by Wernicke’s encephalopathy or occur on its own. A combination of the two (Wernicke-Korsakoff syndrome) is also known as the wet brain syndrome.

The prevalence of cases involving suicide and alcohol also point to long-term depressive effects among the affected groups. 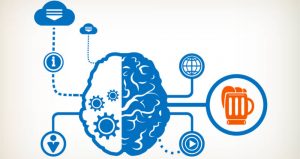 When a person gets drunk, the first effects of the alcohol are registered in the brain.

The above alcohol brain damage symptoms are short-lived, and with time, they wear off. That said, repeated intoxication can cause permanent damage.

Other signs such as blackouts have been reported in all age groups starting from 12 years and above. Studies on the effects of alcohol on a teenage brain have revealed that youngsters normally engage in reckless habits such as vandalism, careless driving, unprotected sex, and confrontations.


Prevention and Treatment of Alcohol-Related Conditions

The treatment and support for people affected by alcohol-related brain damage are hinged on the principle that alcohol brain damage is reversible.

This is the beginning phase of alcohol dependence treatment and can last several weeks. The goal at this point is to make the affected individuals withdraw from alcoholism and then stabilize their medical condition. The withdrawal effects often cause disorientation and intense sweating. In some extreme cases, the individual may develop dry drunk traits such as hallucination and agitation.

This is a support process complete with specialized care aimed at returning the affected individual back to independent daily living. The alcohol counseling professionals agree with the affected on a set of goals that they work towards together. It involves practicing repetitive strategies to enhance memory as well as learning how to use memory aids.

For a successful outcome, it is important that we involve a professional who has experience in supporting people with conditions resulting from alcohol effects on the brain. There are various alcohol rehab facilities that offer different kinds of support to people suffering from alcohol-induced mental diseases and related conditions.