The phrase “blackout drunk” is one that is used often in media and within party culture. While it is often treated as a punchline, alcohol blackout is incredibly dangerous. To reach the point of blackout alcohol use, the drinker must drink heavily, risking alcohol poisoning. At this stage, the drinker also tends to engage in risky behavior they otherwise would not—called alcohol blackout behavior. And since they suffer from memory loss, if something bad happens to them, they are not easily able to seek justice.

For both the drinker and their loved ones, this is very concerning. To better understand alcohol-induced memory loss, here are the alcohol blackout facts to know.

What Is Alcohol Blackout?

What is a blackout alcohol episode? There are a lot of misconceptions surrounding the idea of blackout drinking. Because of the similar phrasing, many people believe it means drinking to the point of passing out. While it is possible that someone who is blackout drunk will pass out, this is not central to the definition of blackout drinking.

What is at the center of blackout drinking is a negative impact on memory. A blackout is when someone drinks so much that there are portions of their time spent drinking that they cannot remember. This loss of memory can be in small patches (often called brownouts) or in large swaths of time. In some cases, binge drinking can result in losing the memory of an entire night.

During the blackout, the drinker tends to behave in ways that those around them read as merely being drunk. They walk, talk, continue to drink, and engage with others. Their behaviors may be bolder or more out of character than seen when drinking in general, but often not to the point that those around them suspect that anything is wrong.

Blackout and alcohol-induced amnestic disorder are often confused with each other. Both of these conditions lead to loss of memory, but there is a key difference. Blackouts are counted amongst alcohol short-term effects. The alcohol-induced amnestic disorder is a long-term effect, permanently changing the way the brain is able to convert short-term memories into long-term memories, even when the person is completely sober.


Signs and Symptoms of Alcohol Blackout

Blackout drinking is not just problematic for the drinker; it also leads to troubles for those around them. Because the drinker is still able to interact socially, their friends, family, and others can assume they are just a bit drunk but overall fine. When they are unable to remember events the next day, it can be disturbing for those they were with. They might question if their friend was really their friend, if events were truly consensual, or if they failed them by not realizing they were blacked out and helping them. 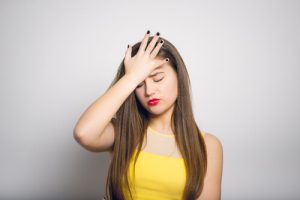 How Does Alcohol Impair Memory?

While most people accept that alcohol and memory loss are connected, they do not always understand why that is. The effects of alcohol on memory are due to alcohol interfering with the ability to form long-term memories. Previously formed long-term memories are not impacted, and short-term memory is fine.

This understanding of alcohol memory loss is relatively new. Previously, even medical professionals thought that memory loss when drinking was due to the depressive effect alcohol has on the central nervous system at large. Now, they understand that alcohol has different effects on different parts of the brain. This is a logical conclusion given the fact that those experiencing blackouts can continue to use their central nervous system for things like walking and talking.

The primary effect of an alcohol blackout is memory loss after drinking alcohol. However, that is not the only effect that drinkers may suffer. Blacking out can have far-reaching consequences.

First, drinking to the point of blacking out means drinking heavily, which in itself has consequences. The drinker may experience headaches, vomiting, and even bloodshot eyes after alcohol. Depending on how much alcohol is drunk and in what period of time, the person may even be at risk of alcohol poisoning.

As for the effects on the drinker that are a direct result of alcohol blackouts, these include many symptoms related to the way the brain and central nervous system at large function. Possible effects include:

There are also social effects that should be considered. Those who are blackout drunk have no filter on what they say, so they may damage interpersonal relationships. They feel less risk and may injure themselves when acting without strong judgment. They are also at greater risk of being exploited by others as their lack of inhibitions and inability to remember making them easy to target.

Blacking out can occur anytime someone binge drinks, be it their first-time binge drinking or their hundredth time. High doses of alcohol can lead to blackouts involving amnesia in any drinker. As such, someone experiencing a blackout is not necessarily a sign of alcoholism.

Anyone who drinks to the point of blacking out on a regular basis is causing damage to themselves physically, emotionally, and socially. As a result, they need help, likely from an alcohol rehab treatment center.

Anyone who is engaging in blackout drinking needs to seek assistance in getting clean. Depending on how often they are drinking, it is possible they will experience withdrawal and need help with those symptoms, including the kindling phenomenon. No matter how severe the addiction is, there are ways to get better. There are many types of treatment for alcoholism in the United States. No matter the needs of the drinker, the right option is out there.

AlcoRehab » Side Effects of Alcoholism: Long and Short-Term Outcomes of Alcohol Consumption » Alcohol Blackout: Effects Of Ethanol On Memory