Did you know that across the US, 1 in 10 people suffer from diabetes? Data from the National Diabetes Report shows 29 million Americans have diabetes and another 86 million adults are at increased risk of developing the disease.

These are staggering figures. For those facing the condition, one of the first questions that pop to mind is: ”Can I drink alcohol?” And considering alcohol and blood sugar relate on many levels, the answer to this question needs to be approached carefully.

American Diabetes Association claims diabetics who have their blood sugar under control are allowed to drink in moderation. It can be beneficial to their health. It goes without saying though, that the doctor’s guidance is crucial in these instances. Here are some facts about diabetes and alcohol consumption.

There’s no need for people with diabetes to completely give up on alcohol. However, diabetes and alcohol in excess don’t mix well. This is because people with this condition have a hormonal defect wherein their insulin levels are too low. Insulin is in charge of converting glucose from food to cellular energy that fuels us. If there is a lack of insulin in the bloodstream, there is also excess glucose in the system. Thus alcohol affects the body.

Over time, high glucose levels damage all major organs in the body, including the kidneys, heart, and eyes. Those who don’t maintain their glucose levels are at an increased risk of developing severe diseases and conditions related to organ damage. In the very worst cases, patients may suffer from strokes, nerve damage, cardiovascular diseases, blindness, gout, kidney failure, and even alcohol-related death.

Diabetes: Type I and Type II

Unfortunately, as of yet, there is no cure for diabetes. What patients can do is maintain the disease. Before considering how alcohol and diabetes interact, we need to understand the different types of the disease. Most people have heard about the type I or II diabetes, but what does that actually mean? These two major types are life-long conditions affecting the body’s ability to use the energy from food. 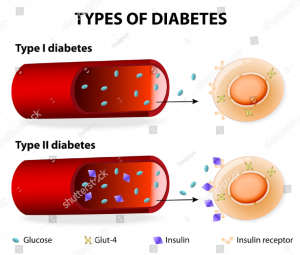 Type II diabetes doesn’t happen overnight. According to researchers from the Harvard Medical School, most people display warning signs before developing the illness. They are at what’s called the pre-diabetic stage, with their glucose levels higher than normal but not as bad as to be classed diabetic. For millions of Americans facing prediabetes, these high blood sugar levels act as a wake-up call to turn things around.


Can Alcohol Cause Diabetes?

Talking about diabetes and alcohol consumption is one thing, talking about alcoholism is entirely different. Both of these conditions are chronic illnesses, and research shows excessive drinking can worsen type II diabetes in those suffering. So can alcohol cause diabetes? Well, it has been proven that:

Although the underlying causes of the disease are most commonly of biological nature, we can conclude that alcoholism certainly contributes to the risk of developing the disease.

By lowering the body’s sensitivity to insulin, alcoholics are at an increased risk of developing type II diabetes. Moreover, those who drink without limit have a higher chance of increasing body weight and developing obesity, the primary causes of type II diabetes. Finally, heavy drinkers tend to develop chronic pancreatitis, which tends to, in turn, cause diabetes type II.

Every diabetic or pre-diabetic person knows how important regulation of their blood sugar level is. Too much alcohol can make this task very difficult to accomplish. So how does alcohol affect blood sugar level?

Now that we understand how and why does alcohol lower blood sugar level, we can talk about the implications this habit, if uncontrolled, bring along. 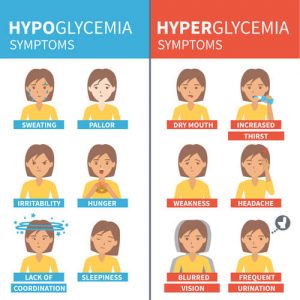 Diabetics should pay extra attention to the amount of alcohol they consume – women shouldn’t exceed a single drink per day while men with diabetes are advised no more than two drinks. Breaching this rule and drinking uncontrollably can lead to a plethora of dangerous conditions.

For example, if a diabetic person’s blood sugar drops below normal levels due to alcohol abuse, he or she could develop hypoglycemia – also known as insulin reaction. This condition is marked by nervousness, shakiness, sweating, drowsiness, dizziness, and confusion. If not treated with glucose promptly, the condition could lead to fainting or even diabetic coma.

On the other end of the spectrum, if one’s blood sugar level is too high, we talk about hypertension. In such cases, the patient will experience chronically high blood pressure which strains the heart and damages the blood vessels, thus increasing the risk of stroke, heart disease, and kidney failure. Excessive drinking in these conditions could contribute to high blood pressure and amplify the associated dangers.

These are all dreadful conditions to face. Perhaps one of the most dangerous negative effects of drinking alcohol and diabetes is the risk of heart attacks. Figures from the American Diabetes Association show heart attacks and cardiovascular diseases are twice as likely to affect diabetic people than those without the condition. Add alcoholism to the mix, and you’ll quickly realize why the risk multiplies. Excessive drinking can:

In addition to all this, alcohol abuse is notoriously able to provoke nerve damage, even in healthy people. Those afflicted by chronic diabetes are then subject to an increased risk of developing diabetic neuropathy – a condition wherein patients suffer from pain, numbness, and burning or tingling sensations all over. 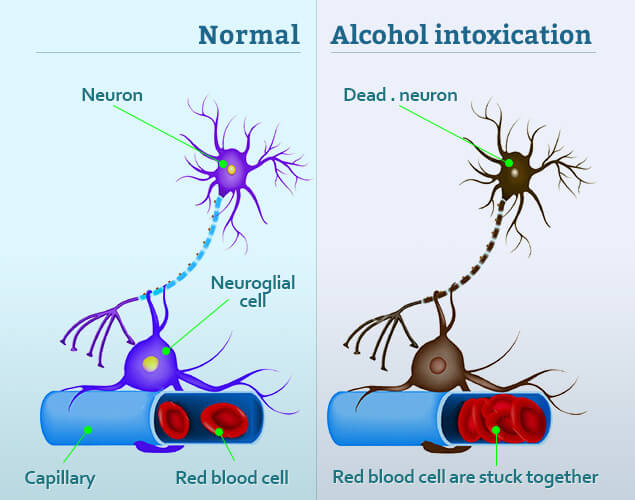 Alcohol in Moderation: The Beneficial Effects for Diabetics

Research has found those who enjoy regular tipple have less chance of developing heart disease. Now, additional studies have come to light, showing those suffering can benefit from diabetes and alcohol consumption in moderation. This, of course, only works if one’s blood sugar levels are under control and they don’t have high blood pressure or other conditions that may be worsened by alcohol consumption.

According to the research conducted by the Harvard School of Public Health:

It is important to have in mind, though, that these findings only apply to moderate, infrequent alcohol consumption. If a person drinks more than is considered moderate, the habit will negatively affect their condition. Asking one’s doctor about the safe limit for alcohol and diabetes is the best approach one can have. There are always other ways of reducing the risk of heart disease by following other practices.

There are certain tips to sip by when it comes to diabetes and alcohol consumption. We now understand how diabetes and alcohol interact and how alcohol and blood sugar affect diabetics. The key to safe drinking is moderation. Keep in mind alcohol is a psychoactive substance and typically a calorie-rich product. To avoid its adverse effects and get the most out of alcohol, diabetics will want to keep the following rules in mind:

Also, some general rules apply to both diabetics and pre-diabetics. For example, knowing when to drink is crucial. Keeping these pointers in mind can help a person drink more safely:

Take a leaf out of Martha’s Book.

Martha has had type II diabetes for over a decade now. She hasn’t given up drinking, though – she loves her gin too much to become a teetotaler! However, she ensures she keeps her blood sugar levels in check and drinks no more than a drink per day.

She makes sure there are no sugary mixers or foods in her home. This way, even if she craves sweets and snacks or wants to add a sugary kick to her drink, she can’t. Also, on a night out, she loads her phone with reminders which alert her not to drink more than one serving or have too many calorie-rich foods.

Having a type I or II diabetes can be an enormous challenge. Keeping your blood sugar levels under control means giving up on many of the things you used to enjoy. Alcohol, however, doesn’t have to be one of them. As long as you stick to the above-mentioned rules alcohol and diabetes don’t have to be enemies, on the contrary, you may even reap some health benefits. Keeping one’s drinking habits at a minimum, sticking to a healthy diet and exercising often are the best methods of maintaining diabetes and leading a healthy lifestyle.

There are many alcoholism treatment programs specifically created for people with diabetes which meet all the needs and requirements of patients with such comorbid disorder. Alcohol addiction support groups are also helpful in preventing relapse. The alcohol addiction treatment center will help to cope with the substance dependence problem.

AlcoRehab » Side Effects of Alcoholism: Long and Short-Term Outcomes of Alcohol Consumption » Alcohol and Diabetes: Know The Limit