Alcohol is the world’s most popular drug. Nine in ten adults admit to drinking it at one point in their life, a survey from a national institute reveals. While a person may think alcohol has a positive, calming effect on their anxiety, drinking to deal with stress, especially in excess, does more harm than good.

The connection between alcohol and anxiety creates a vicious circle for its users. Because alcohol causes the condition, a person may be tempted to consume more and more to deal with the soured symptoms, such as panic attacks, fever after drinking, and fear. 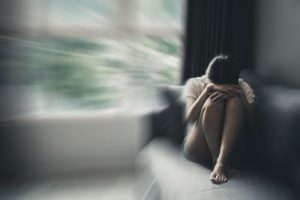 Anxiety disorders vary in severity and kind but generally share some general symptoms such as fear, panic, and uneasiness. These symptoms can completely overwhelm a person and cripple to the point where performing simple daily task presents a problem. It has to do a lot with how we process our surroundings and how it influences our emotions.

Sometimes, causes of stress (stressors) become too overwhelming, and negatively affect our health. Simply put, fear of workload, bankruptcy, social embarrassment, and even the fear of fear itself all act as potential stressors leading to a range of disorders stemming from stress response dysfunctioning of certain brain areas.

Does alcohol help anxiety? Unfortunately, we’ve been fed false stories of its positive effect on the condition. It has come to the point where it’s socially acceptable to have a drink or two to ‘unwind’ and calm our nerves. But it’s important to remember alcohol is a strong sedative and a central nervous system depressant. While moderate consumption can be beneficial to a wide range of conditions, those with anxiety and panic attacks should steer clear of it. Suicide drinking problem also exists as drinking is more likely to cause anxiety rather than to calm it down.

Take General Social Anxiety Disorder (SAD), for example. It is one of the most serious and widespread conditions in the US. Its pharmacological treatment is still poorly addressed, with only about 30% of the patients achieving full recovery. It has been proven many people with this condition turn to drinking as a method of self-medication. As a consequence, those affected by social anxiety and alcohol consumption then have to drink more to deal with the new alcohol side effects.

Also, when a person is prone to panic attacks or other related states, particular precaution has to be taken into account. Alcohol and panic attacks don’t mix well, and even a single drink is enough to trigger an episode. Moreover, it makes it even more difficult to get rid of shakes after alcohol.


Alcohol and Anxiety the Next Day

While drinking temporarily reduces the effects of stress, alcohol-induced anxiety usually kicks back the following day.

Consequently, such a person may wake up with a range of side effects after a night’s drinking, experiencing:

Can alcohol cause anxiety when a person tries to quit? If a person has been having a drink in great quantities for prolonged periods before, his or her anxiety may be increased when the habit stops.

This is mostly due to the side effects of alcohol withdrawal, which include:

These symptoms can make it difficult to stay away from alcohol in those suffering from an anxiety disorder and panic attacks. The whole situation can present a difficult period for all affected, including the person’s family members and close friends. The hallucinations can be incredibly vivid while the seizures in some instances can be life-threatening.

However, the road to recovery is never an easy one, and the individual has to be persistent and receive appropriate support, both personal and medical.

It is important to understand that, although alcohol can trigger anxious feelings, it is more likely that anxiety triggers excessive drinking. Research suggests people suffering from anxiousness and panic attacks are at a 30 percent higher risk of developing alcohol or drug abuse.

Therefore, a person needs to know how to stop anxiety after drinking alcohol. There is a wide range of treatment options available that can help people deal with stress and panic attacks in a healthy, abuse-free way. Group therapies and consultations in alcohol rehab facilities work well.

Also, promoting a better outlook on life can be of massive help. For example, exercise has been shown to have a positive psychological effect on anxiety and panic attacks. It’s all about the way patients wee themselves from an outside perspective. Physical activity can help in improving one’s self-image and also works on a neurological level, increasing levels of mood-enhancing endorphins. Alcoholism effect on mental health is just the opposite.

Treatment for alcoholism is the best way to cope with all the negative effects including anxiety. Recovery from alcohol addiction is achievable especially when conducted with the help of doctors and professional rehabilitation specialists.