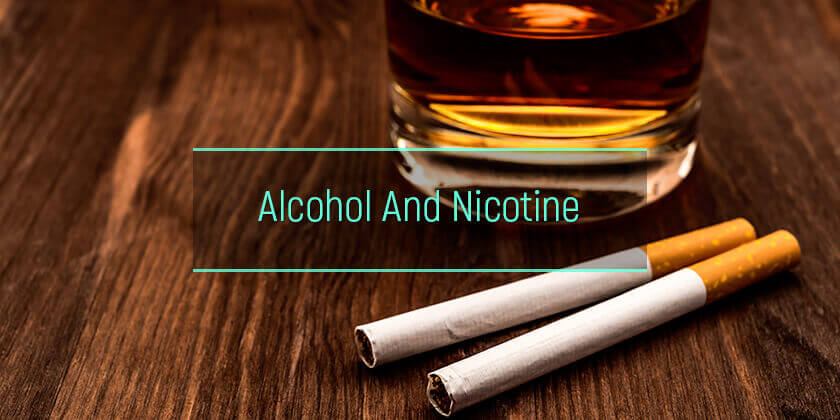 Both tobacco and alcohol are unhealthy habits, but the link between them is not limited to the serious health effects they cause. These commonly abused legal substances are frequently used together and can act as triggers for each other. Just like drugs and alcohol, the correlation between nicotine and alcohol dependence has important implications for addiction treatment. Let’s find out more about alcohol and smoking effects and what causes people to mix the two together.

Alcohol and Tobacco Effects on Health

Medical research over the past few decades has conclusively proven that there are many disadvantages of alcohol and smoking, yet the easy availability of these legal substances has led to their continued use and abuse. Added to this is a lack of knowledge about the health hazards of combining drinking and tobacco. For example, most people are aware it is not a good idea to mix sleeping pills with alcohol, but many do not realize that alcoholic drinks and tobacco can be dangerous together.

In fact, just like weed and alcohol, drinking alcohol and smoking can lead to significant medical problems. Drinking is known to cause chronic liver disease, acute alcoholic poisoning, fetal alcohol syndrome, and injury and death from accidents and car crashes.

The use of pipes, cigarettes, and other nicotine-containing substances is associated with lung diseases such as bronchitis and emphysema as well as cancers of the lung, stomach, and colon/rectum.
Here’s a list of health risks associated with drinking and tobacco use combined:

Cardiovascular Disease: Smoking and drinking are major risk factors for diseases of the heart and blood vessels. These diseases include a number of serious medical problems, such as heart attack, stroke, and aneurysm. In people who smoke and drink, it is difficult to say which is the bigger risk or contributing factor to cardiovascular disease. One of the known facts about tobacco and alcohol, however, is that the risk from nicotine is dose-dependent, i.e., the more a person smokes the higher is the risk of cardiovascular disease. Drinking, on the other hand, is believed to reduce risk when done in moderation. Heavy drinking increases the risk of heart disease.

Effects of Smoking and Alcohol on the Respiratory System: Tobacco use is known to have a major deleterious effect on respiratory health. Light to moderate drinking, however, has been shown to have a protective effect with reduced mortality due to respiratory disease. It is believed that alcoholic drinks have an anti-inflammatory effect that protects against the tobacco-related decline in lung function. However, heavy drinking and nicotine use, including passive exposure to cigarette smoke, are associated with an increase in mortality from lung diseases.

Mouth and Throat Cancer: Drinking and tobacco exposure increase in a person’s risk of certain types of cancer, including cancers of the mouth, throat, and esophagus. In fact, ethanol and nicotine are responsible for 65-80 percent of cancers of the mouth and throat in men and women. Importantly, in people who co-use these substances, the risk increases dramatically and is greater than the effects of smoking and alcohol consumption individually.

Liver Cancer: Although the role of tobacco products in causing liver cancer is not well understood, drinking is a well-known risk factor for this type of malignancy. Interestingly, studies have shown that the two act synergistically in increasing the risk of liver cancer.

Diabetes: Drinking and tobacco use can worsen diabetes and its complications. Diabetics who are smokers are at increased risk of kidney problems, nerve damage, and foot infections. In addition, ethanol has known interactions with many medications, for example, alcohol and amoxicillin. Similarly, there are interactions between ethanol and diabetes medications. People who take insulin or oral diabetes drugs are at risk of dangerously low blood sugar levels after drinking.


Alcohol and Tobacco Facts and Figures

How many deaths from alcohol and tobacco each year? Is the problem bigger than hydrocodone and alcohol? And is there an association between nicotine use and drinking behaviors? In fact, these habits can trigger each other and experts refer to them as gasoline and matches. Research shows that smokers are more likely to be drinkers and drinkers are more likely to be smokers. Here are some statistics on alcohol and tobacco deaths and diseases that highlight the magnitude of the problem: 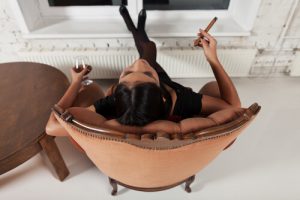 Interactions and Ill Effects of Smoking and Alcohol

People who drink excessively and mix this with other drugs, for example, Zoloft and alcohol, are at risk of a number of health complications. Similarly, drinking and smoking can spell double trouble. The negative effects of nicotine and ethanol are two of the biggest threats to human health worldwide. So, the one question all alcohol and tobacco articles must answer is why do people consume these two substances together? Here are some prominent factors that can explain the co-use of tobacco and alcoholic drinks:

Environmental Factors: Both drinks and cigarettes are easily available legal substances. Many of the effects of smoking cigarettes and drinking alcohol are similar, such as relaxation and stress relief. This makes both substances easy to get addicted to. What begins as social drinking and an occasional cigarette can quickly turn into life-threatening addictions.

Genetic Factors: Many studies have shown that there is a strong genetic component to addiction and that it may, in fact, have a stronger influence than environmental factors. Studies on twins have revealed that inherited risk factors play a significant role in ethanol and nicotine use. It is also believed that genetically-determined differences in neurotransmitter function, enzyme metabolism, and reward pathways can affect a person’s susceptibility to drinking excessively and using nicotine products. A component of genetic vulnerability to addiction explains why co-dependence on nicotine and ethanol is so common.

Mutual Cravings: The effects of smoking and alcohol consumption are additive, i.e., each substance increases the pleasure obtained from the other. It is believed that the two compounds cause mutual cravings.

Studies have found that nicotine increases drinking and drinking enhances the satisfaction derived from nicotine. It has also been documented that tolerance to one substance can confer tolerance to the other.

Interactions: Nicotine and ethanol interact with each other and change the effect each substance has independently. Longstanding nicotine use and drinking cause changes in brain receptors with combined effects. For example, the two substances lower the withdrawal symptoms of smoking and alcohol, thereby contributing to continued or increased use. In addition, nicotine appears to alleviate the cognitive impairment and intoxication induced by alcoholic drinks.

Shared Reward Pathway: There is strong evidence to suggest that ethanol and nicotine share a common dopamine reward pathway in the human nervous system. This means each substance enhances the pleasurable effect of the other. This is corroborated by experiments that show drinking increases the rewarding effects of nicotine use, including satisfaction, calming effects, and reduced cravings for cigarettes.

Combined Pain-Relief: Ethanol is a known central nervous system depressant and nicotine has proven analgesic (pain-relieving) properties. It is believed that in addition to reinforcing pleasure when used in combination, ethanol and nicotine have a combined analgesic effect that promotes their co-use.

How to Quit Smoking and Drinking Alcohol?

The statistics on tobacco and alcohol-related deaths are sobering reminders of the need to address these grave public health problems. There is a common misconception that it is very difficult to quit alcohol and tobacco together. While there is no doubt that nicotine and alcohol withdrawal can be challenging, it is by no means impossible. You can stop smoking and alcohol use concurrently or one at a time and get your health back on track.

AlcoRehab » Why Is It Dangerous To Mix Alcohol And Drugs? » Smoking and Alcohol: Why Nicotine And Alcohol Are A Bad Mix