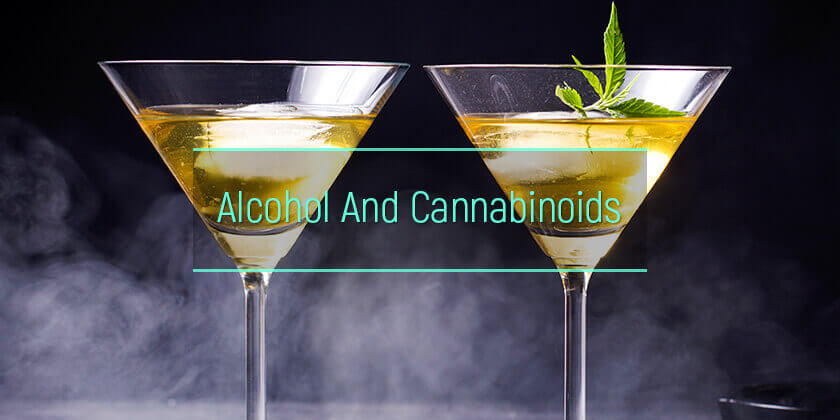 The combination of alcohol and weed is the most frequently used mixture of drugs and alcohol abuse. Both substances cause intoxication and impairment of judgment and motor skills. Compared to weed or alcohol alone, the effect is amplified when the two are used together. What are some of the dangers of cannabis combined with alcoholic drinks? Let’s find out.

What Happens When You Mix Alcohol and Weed?

Pot and alcoholic drinks have similar psychomotor and cognitive effects. Both are central nervous system depressants.

The most dangerous aspect of the cannabis alcohol pairing is that the combined effects of these substances on the mind and body are unpredictable.
They can range from relatively minor symptoms such as red eyes, nausea, and drowsiness to more serious problems like intense anxiety and paranoia. Here are some of the health effects of alcohol and marijuana:

Just like alcoholic drinks, CBD (a compound found in the pot) helps a person relax. The popularity of this combination is increasing, as evidenced by the growing use of CBD or weed-infused alcohol. It is becoming as socially acceptable as alcohol and smoking. Here are some of the potential negative effects:

Tetrahydrocannabinol (THC) is the chemical that produces most of the psychological effects of cannabis. When
used in combination with alcoholic drinks or as marijuana infused alcohol, THC levels in the blood
increase many times, leading to:

All the methods of ingesting cannabis, such as smoking, vaping, dabbing, and eating, are dangerous in combination with alcoholic drinks. This is because ethanol increases THC blood levels and produces its effects more quickly. This makes a person more susceptible to:

The explosion of marijuana dispensaries is proof of the increasing popularity of liquid formulations such as tinctures. Online blogs expound the benefits of cannabis alcohol tincture and even offer recipes to make at home. In addition, ethanol is a solvent and is used in the cannabis alcohol extraction process. Some of the effects of liquid THC (tink or green dragon) include: 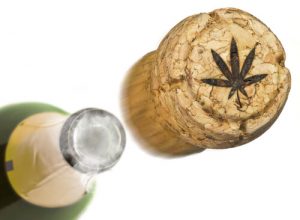 Marijuana and Alcohol: Facts and Figures

Alcoholic drinks are enjoyed freely and legally in most countries around the world. Unfortunately, some individuals mix alcoholic drinks with illegal drugs and prescription medications, such as cyclobenzaprine and alcohol. Cannabis is the most widely used illegal substance worldwide, so it’s no surprise that pot and alcohol are frequently used in conjunction. Several studies have tried to evaluate the effect of these two substances together:

Drunk and High: The Risks of Concurrent Use Overdose

The deliberate use of marijuana in alcohol is usually to enjoy a unique high called cross-fading. However, sometimes this is inadvertent. A person becomes so intoxicated by drinking that he or she does not realize the danger of smoking a joint. Yet, research shows that combining alcoholic drinks with other substances, for example, antidepressants like Cymbalta and alcohol, can be lethal. Similarly, consuming cannabis-infused alcohol puts a person at considerable risk.

Besides the chance of overusing both substances, which can occasionally prove fatal, drinking before smoking can result in severe illness.

“Greening out” refers to a type of sickness that occurs after smoking marijuana. The symptoms include pale skin, dizziness, sweating, nausea, vomiting, and an overwhelming desire to lie down. It is sometimes called “the spins”.
Although greening out is not a life-threatening condition, it just goes to show that marijuana effects are more severe when alcoholic drinks are already in the system.

College students have an adage about weed and alcohol: Smoking grass before beer keeps you in the clear. But this can be hazardous. Pot has an antiemetic effect, i.e., it makes it difficult for a person to vomit. When someone drinks excessively, vomiting is the body’s way of expelling the excess ethanol. If the person is unable to vomit properly, the risk of choking and alcohol poisoning increases.


Signs of Abuse: How to Tell if Someone is Addicted to Pot and Alcohol?

There are certain red flags that a person is abusing pot and alcohol together, including:

Addiction Treatment for Weed and Alcohol Together

There are several drugs available for medically assisted substance abuse treatment, for example, suboxone for opioid addiction. However, mixing these medications with ethanol, for example, alcohol and suboxone, can lead to serious health problems. Some alcoholics try to quit cold turkey by using marijuana for alcohol withdrawal, believing the THC will control symptoms such as insomnia and cravings. However, it is not recommended to try detox without medical supervision. Addiction treatment for THC and alcoholism requires the care of trained experts. Mixing marijuana and alcohol is a dangerous practice and coming off these substances requires careful medical care.

AlcoRehab » Why Is It Dangerous To Mix Alcohol And Drugs? » Weed And Alcohol Mix: Dangers And Effects