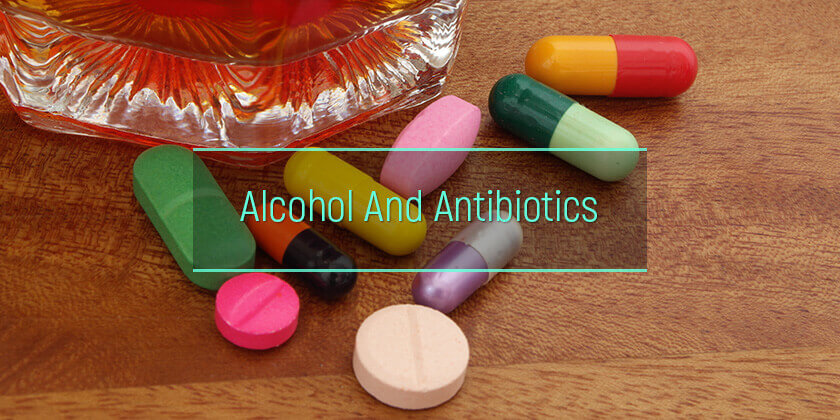 The effects of drugs and alcohol can range from minor discomfort to fatal consequences. What happens when you combine antibiotics like doxycycline and alcohol? Does alcohol cancel out antibiotics? Does it make the side effects worse?

Both alcohol and antibiotics cause a variety of effects in the body. When taken together, some of these symptoms become worse. Also, certain types of antibiotics and alcohol can cause serious reactions. Here’s the lowdown on why no alcohol with antibiotics.

Just like mixing alcohol and marijuana is a dangerous habit, drinking while on certain medications prescribed for infections can cause potentially dangerous interactions.

Can one drink alcohol while on antibiotics such as griseofulvin? Is the effect similar to naproxen and alcohol? It is a good idea to avoid alcoholic drinks with griseofulvin because:

Doctors advise against taking amoxicillin and alcohol together because this can lead to:

Drinking should be avoided for at least 72 hours after completing treatment with these drugs. Mixing broad-spectrum antimicrobial agent cefotetan and alcoholic drinks can cause a disulfiram-like reaction with:

Drinking alcohol while on antibiotics used to treat tuberculosis is not recommended.

Bactrim with liquor use

Alcoholic drinks should never be mixed with sulfamethoxazole and trimethoprim as this can cause a severe reaction. 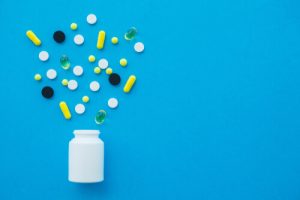 How does alcohol affect antibiotics? Antibiotics cause a number of side effects. Some of the common symptoms that may be worsened by drinking while on treatment include:

Signs of a bad reaction between alcohol and antibiotic include flushing, racing heart, and severe headache.


Alcohol While on Antibiotics: Indirect Complications

Drinking on steroids is also not advisable, because these two substances can irritate the digestive tract and cause ulcers. Similarly, it is a bad idea to mix drugs like azithromycin and alcohol. Some antibiotics have no direct interaction with ethanol, but there are still reasons to avoid mixing the two.

Delayed Recovery: Antibiotics are prescribed to treat infections. Along with the medicine, a person needs excellent immunity to fight off the infection. Ethanol weakens the immune system, causes dehydration, and reduces energy. This impairs the body’s ability to heal. Drinking alcoholic beverages during treatment for infection can, therefore, slow down the recovery process.

Gastrointestinal Effects: In healthy individuals, friendly gut bacteria aid digestion and destroy harmful bacteria. Antibiotics cause a short-term decline in this natural microflora. Ethanol is known to cause intestinal inflammation. The combination of drugs like levofloxacin and alcohol can, therefore, intensify the negative effects on the gastrointestinal tract and it is not completely safe to use them together.


Antibiotics and Alcohol: What Does the Data Say?

Some of the studies that show the effect of alcohol on antibiotics are listed below:

Does Alcohol Interfere with Antibiotics?

Many types of prescription medications, including antibiotics, interact with alcohol. So, can you drink alcohol on antibiotics without reducing their effectiveness? It is generally believed that ethanol does not make most antibiotics ineffective. However, some of these drugs are absorbed in the gut and ethanol can decrease their absorption. Both substances are metabolized in the liver and this can have potentially serious medical consequences. For example, in chronic alcoholics with pre-existing liver damage, alcohol on antibiotics can lead to an alteration in the metabolism of the drugs, affecting their efficacy and safety. Ethanol can also intensify some of the side effects of these medicines and reduce compliance, leading to poor treatment outcomes.

Some over-the-counter flu remedies contain ethanol. For example, Benadryl contains 14 percent alcohol. For the most part, it is safe to take ethanol-containing cold and cough medicines with antibiotics. However, it is always a good idea to check with a doctor or pharmacist before taking any two drugs together to make sure there are no interactions.

People know that mixing Augmentin and alcohol can lead to problems, but does a bottle of mouthwash from the bathroom shelf pose a risk? Most mouthwashes contain 20 percent ethanol or more. They are meant to spit out, not swallowed. If an individual were to ingest the mouthwash while on treatment with prescription medicines for infection, there can be a possible interaction between the antibiotic and the alcohol in the mouthwash. It’s important to use the mouthwash as directed and spit it out to avoid any potential complications.

Before Mixing Antibiotics With Alcohol Talk To Prescribing Doctor

Can one drink alcohol with antibiotics? It depends. Certain combinations like ciprofloxacin and alcohol are relatively safe, while others can lead to severe reactions. Only a qualified medical professional can answer the question of whether one can drink while taking amoxicillin and other such medicines. If one has been prescribed treatment for infection and is in doubt, they should talk to the physician or pharmacist to make sure it won’t cause problems.

In case the alcohol addiction makes it impossible to stop consuming the substance notwithstanding the possible severe complications, the patient shall ask for help in one of the facilities specialized in alcoholism treatment. There are many treatment options available for those willing to recover.

AlcoRehab » Why Is It Dangerous To Mix Alcohol And Drugs? » Antibiotics And Alcohol: Dangers Of Combining Substances