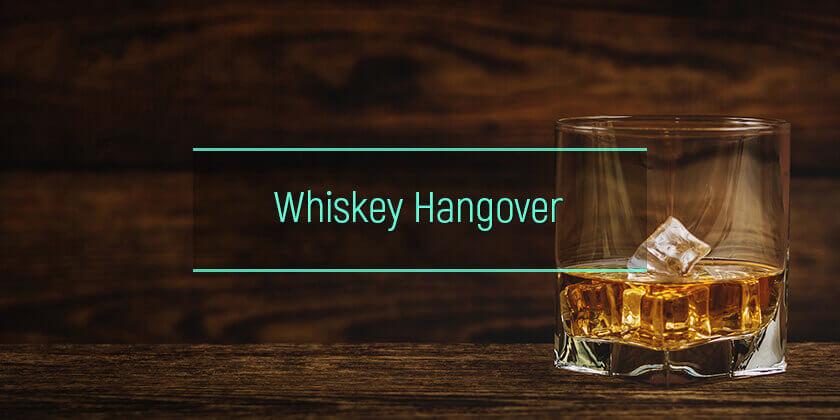 According to hangover definition by most sources online, excess intake of whiskey can result in a group of unpleasant psychological and physiological effects that can last for days. Excess intake of whiskey can result in severe hangover and Alcohol Use Disorder (AUD). Though, there’s no magic formula to determine how much liquor can be taken without experiencing a hangover due to gender, age, body weight, and body’s metabolic rate— however, there are ways to prevent it generally. While some people tolerate a large amount of liquor before experiencing crapulence, others don’t. The aim of this article is to give detailed insight into the main causes of hangovers, and various whiskey hangover cures.

Does Whiskey Cause Hangover?

According to 2008 March report, whiskey is far more likely to cause crapulence than clear alcohol due to its excess esters and aldehydes.
There are different types of liquors available today. It is crucial to note that each liquor has its level of congeners concentration. Dark liquors have a higher concentration of congeners than clear liquors. In essence, a small intake of dark liquors can result in crapulence, which also means Hangover after one shot of gin is less severe compared to one shot of bourbon due to congeners present.

The best way to know how to drink whiskey without a hangover is to learn the major reasons for the veisalgia after this drink. The main reason people get crapulence is due to drinking too much liquor. Excess intake of liquor can result in various pathophysiological changes in the body leading to:

Depending on the amount of alcohol intake, the following whiskey hangover symptoms can be observed:

Some of the following symptoms may require treatment in medical center. Even the specialized alcoholism facilities that have the highest success rates can be affordable. 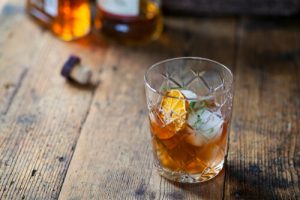 Whiskey Vs. Bourbon Vs. Scotch Veisalgia

Crapulence experienced after drinking whiskey, bourbon and scotch are different. This is as a result of the number of congeners present in each. Congeners are minor chemicals that are naturally produced during the fermentation and distillation of alcoholic beverages. Even though congeners are not the main cause of a crapulence, they contribute to the severity.
Simply put, the quantity of congeners available in an alcoholic drink determines the frequency and intensity of a crapulence. For this reason, the crapulence experienced by a person who drinks whiskey, bourbon, and scotch cannot be the same.

Whiskey is generally made from grains like wheat, buckwheat, corn, and rye. Bourbon and scotch are made from corns and malted barley respectively. Although there’s not much data to prove it, ingredients present in alcoholic beverages can contribute to crapulence. The body could react to some of these ingredients with a mild allergic reaction which could increase crapulence the next day.


How Much Whiskey Will Cause A Hangover?

The severity of a hangover is dependent on many factors; however, against popular belief, mixing whiskey with coke does not in any way affect the intensity of a hangover. Adding sugary carbonated drinks does not make it the least hangover whiskey. All that matters is the number of congeners present in the whiskey and the quantity consumed.

However, according to reports, mixing alcohol and carbonated caffeine drinks has serious health complications. Sugary drinks mixed with alcohol increase the speed of its absorbtion, increasing the severity of hangovers.

Sweet mixes also make people feel more thirsty, thus they are likely to drink even more. It’s much more pleasant to consume the sweet cola mix than bitter whiskey. Thus, the morning after might be much worse due to the increased alcohol consumption.

How To Prevent And Treat Whiskey Hangover

It is a good idea to know how to cure a whiskey hangover fast. However, prevention is the best cure. The most effective way to prevent liquor hangover is by moderating the amount taken. Listed below are other no hangover after whiskey prevention tips that are helpful:

Drinks like vodka have little or no traces of congeners present—meaning hangover free vodka intake is possible if done in moderation. Another effective beer hangover cure is by drinking plenty of water before going to bed. This helps relieve dehydration symptoms. Also, the use of non-steroidal anti-inflammatory drugs such as ibuprofen can help to treat headache after wine or liquor intake.