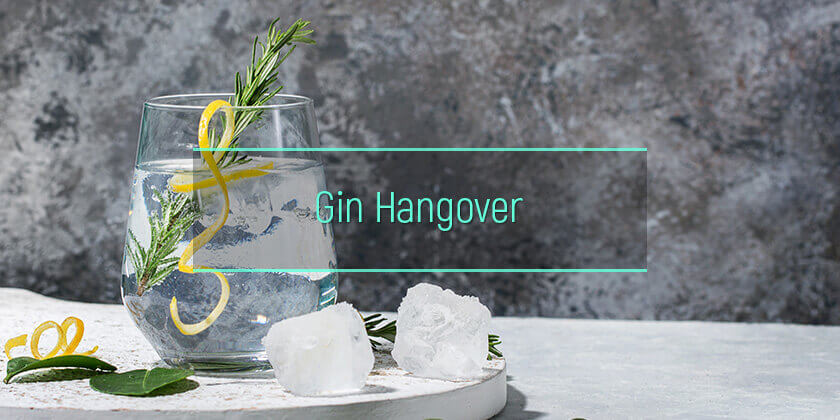 Gin, usually made from distilled botanicals such as juniper berries, coriander, almond, or cinnamon, contains about 40% alcohol. This means having one too many can cause hangovers from concentration struggles to fatigue and general body weakness. Read on to learn more about the peculiarities of a hangover after gin.

Will Gin Give You A Hangover?

Well, the answer is simple; the alcohol content in liquor is the main cause of after effects. Ordinarily, the percentage of ethanol which is the only consumable variety of alcohol stands between 37.5 and 50 and partially addresses the question of how long does a hangover last? When taken in greater quantities, this level of alcohol is enough to dehydrate the body and cause gin hangover headache, fatigue, muscle aches, and nausea the following day.

Categorized together with tequila as clear liquors, the likelihood of liquor causing an aftereffect is intensified by mixing drinks. That said, some people claim that gin doesn’t give a hangover. This is a question of relativity; it always depends on a set of factors.

Excessive consumption of liquor loads the body system with alcohol and metabolites. There are several ways people experience a hangover from the gin. Below are some of the notable pathways.

The onset of gin hangover symptoms is associated with a significant drop in blood alcohol content. This comes in the morning following a night of heavy drinking. Some of the common aftereffect symptoms include:

While it cannot be said that one can never get a hangover from gin, most of these symptoms go away on their own. However, when they last longer than expected or begin to affect the quality of life such as performance at work and personal relationships, seek medical advice.

Do Different Types Of Gin Give Different Hangovers?

The evolution of juniper-based spirits has given rise to different varieties and opened a wide range of choice on what to drink instead of beer. Each version is having a unique flavor, aroma, and alcohol content. Because of this, the severity of aftereffects varies with the type of drink consumed. The existence of gin that doesn’t give hangover is still a highly debatable area.

Cheap or inexpensive spirits are usually produced with ingredients that are not as costly and include lots of sugars. This explains why cheap gin gives hangover more than conventional liquors. This notwithstanding, there is still a clear difference between light vs. dark rum hangover. 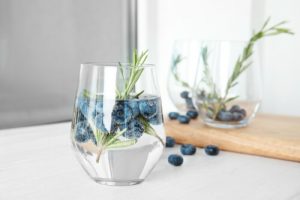 How Much Gin Will Cause A Hangover?

There is no straight answer as to the amount of alcohol that causes hangover or to the question, how long does a gin hangover last? That said, there are lots of factors that come to bear including:

Mixing liquor with other alcohols such as whiskey and brandy leads to a much stronger mixture with congeners that can cause stomach irritation and effects.

Gin and tonic is one of the basic cocktails usually served with a slice of lemon and ice. However, the question is, will a gin and tonic give you a hangover?

The attraction of liquor and tonic molecules makes such a good blend with a great flavor that goes along with it. In terms of gin and tonic hangover, pure liquor has a high level of veisalgia intensity because of its alcohol concentration. When tonic water is added, the dilution effect makes gin and tonic good for avoiding a hangover.


Does No Hangover Gin Exist?

There are people who say, “gin doesn’t give me a hangover.” This is not strange bearing in mind that there are manufacturers who claim that their drinks are organic liquors created with Vitamin B and C sugarcane base. The vitamins are said to combat dehydration. The hangover free gin is produced using a unique filtration process that constitutes six rounds of distillation.

Though these claims exist, drinking more of the stuff irrespective of the purity can give rise to morning-after symptoms similar to tequila headache.

How To Prevent And Treat Gin Hangover

There are several ways on how to cure the hangover from the gin. For instance, drinking water and electrolytes can neutralize the diuretic nature of alcohol. Consuming some carbohydrates is another gin hangover cure that can help in restoring normal blood sugar and lessen the impact of aftereffects. Taking ginger and having an adequate sleep can are some of the other ways on how to avoid gin hangover.

In case the hgin hangover is too severe, it’s better to ask for help in one of the problematic drinking recovery centers. Their trained professionals will provide assistance and counseling, as well as offer some alcohol abuse treatment approaches.