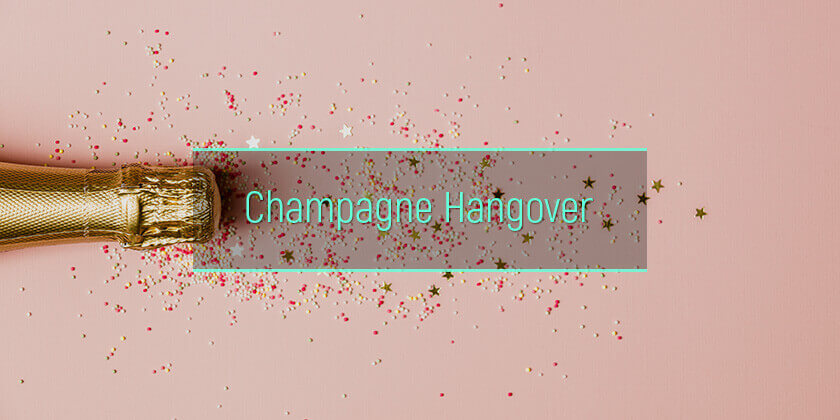 No doubt, champagne is one of the famous and enjoyable drinks for many special occasions. However, the myth of champagne resulting in hangover has been far-reaching for many years. But is it true that this sparkling wine causes a hangover? If it does, what causes a champagne hangover? What are the symptoms and how can a person prevent aftereffect delivered by the sparkling drink?

Does Champagne Cause Hangover?

According to pharmacology professor at the University of Colorado, Boris Tabakoff, alcohol in sparkling drinks such as champagne enter the bloodstream faster because of the bubbles (carbon dioxide) it comes with. It is the quicker rate of alcohol absorption that leads to alcohol after effect the next day. Even though the sparkling wine seems to be a bubbly, light drink that is low in alcohol, drinking bubbly leads to the worst aftereffect. However, this is contrary to the belief of some people that champagne doesn’t give a hangover.


Causes Of Sparkling Wine After Effects

Generally, hangover results from excessive consumption of alcohol. Bubbly is a carbonated beverage, and this means it contains carbon dioxide. Fermentation is involved during the production of this drink and once the bottle is sealed the molecules of carbon dioxide won’t be able to escape as a gas.

The study at the University of Surrey in 2001 found that when you open a bottle of the sparkling drink and pour a glass:

The bubbles from the drink make human blood to absorb the alcohol content in it more quickly than other still drinks. This increases the alcohol level in the blood and brain thereby leading to a champagne hangover.  Some other causes of a hangover after consuming bubbly are:

Typically, champagne hangover symptoms start when the alcohol content of the blood drops significantly. The symptoms of aftereffect usually occur in the morning, on the day following a night of heavy drinking. Someone who is hungover experiences: 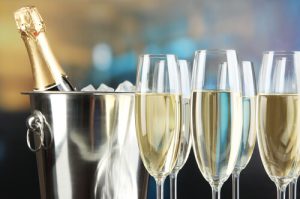 The severity of a veisalgia depends on the type of sparkling wine or alcohol one consumes. On the farther side of that, the different production method, levels of purity, variation in chemical ethanol, and different level of carbonation makes different types of sparkling drinks give different crapulence.

Also, extra ingredients such as sugar and other preservatives can cause variations in the level of aftereffect. Sparkling wines with a higher level of trace chemicals such as congeners produced during fermentation are likely to cause an aftereffect than ones with a lower level of the congeners. For example, unlike other drinks like whiskey, there is a less chance of tequila hangover because it contains lesser congeners than other darker spirits. Also, a hangover from white rum is less frequent because they do not contain many congeners. The same works for sparkling wines – thay may have different levels of congeners.

According to a study published in a journal in 2007, people who consume an alcoholic drink with a high level of carbonation experiences severe aftereffect. For example, champagne is produced using a traditional method that involves the secondary fermentation of the drink in a bottle. This does not allow the carbon dioxide to escape creating a high level of carbonation which makes a champagne hangover worse. But on the other hand, Prosecco uses a Charmat method of production where the secondary fermentation is done in a tank before it is put in a bottle. This makes it less carbonated compared to bubbly, thereby delivering a minor hangover.

Additionally, champagne and wine hangover varies with the amount of sugar in the drink. Sparkling wine with a high rate of sugar tends to cause faster alcohol absorption in the body and also gastric emptying.


How Much Sparkling Drink Will Cause A Hangover?

Generally, too much of alcohol might cause after effect but can you get a hangover from half a bottle of champagne? There are no lay down rules that tell how much bubbly will cause or not cause a hangover. So, why doesn’t champagne give me a hangover? The response of people to alcohol varies. There are some people that experience a headache after one beer while others might not have such experience even after taking more than one bottle of beer.

All the factors mentioned above can also contribute to how long bubbly crapulence lasts. So, how long does a champagne hangover last? Usually, it may last about 24 hours and even more depending on the amount consumed.

As previously mentioned, pure champagne has more bubbles which accelerate alcohol assumption in the blood and leads to a champagne bad hangover.

There are no bubbly after effect cures, but there are few prevention and treatments for a hangover. Here are how to prevent a champagne hangover.

But in case an individual is hung over and needs to a way to get over it, here is how to get rid of a wine hangover:

Moderate drinking or abstaining completely is the best way to avoid or prevent a champagne hangover. Alcohol abuse rehabs provide the comprehensive help to people unable to stay away from alcohol. They offer a wide range of alcohol dependence recovery options tailored to the needs of each patient. However, each program starts with detoxing the body from alcohol.