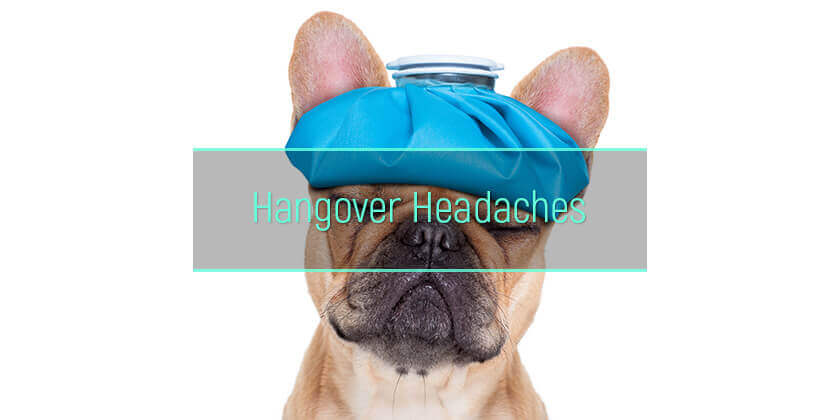 A hangover headache is a common symptom of alcohol consumption. Normally, such a headache is not pleasant and not many people want to experience it. A lot of people are yet to understand what causes these headaches and how they can be avoided.

This, therefore, makes it important to understand what causes hangovers, what a hangover headache and migraine is, how long it lasts, the dangers involved and how to cure hangover headaches.

What Is A Hangover Headache

A hangover headache is a discomfort caused by excessive consumption of alcohol. The headache from alcohol is usually accompanied by other hangover negative symptoms such as dizziness, thirst, and sensitivity to light. While a headache after drinking can appear at any time of the day, one is more likely to experience it on the morning following heavy drinking.

A headache from drinking alcohol usually starts early in the morning after taking alcohol. This is usually 4-6 hours after one has consumed alcohol. Once the alcohol metabolizes in the body, the consumer will start experiencing the effects.

Depending on the individual and the amount of alcohol one takes, a headache hangover could last anywhere between 4 to 10 hours. Rarely, however, have people experienced a migraine for more than 10 hours.

Scientists are yet to determine what, in drinking alcohol, causes a hangover migraine. However, there are some theories as to some of the causes that could lead to a headache after drinking beer. Some of these causes include:

A hangover migraine is usually a symptom of an underlying cause. It is worthy to note that while the migraine itself will not likely cause an individual any harm other than discomfort, whatever it represents, whether an accumulation of toxins in the bloodstream or an imbalance in hormones could affect the person.

A hangover headache could affect a person in different ways. This includes:

The pain could mask other underlying symptoms and conditions which could present a more serious problem to the victim. These include 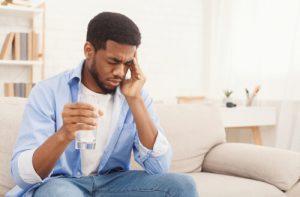 Getting Rid Of Hangover Headache Safely

It is possible to safely cure a hangover migraine. The internet is awash with cures of hangover headache and varied advice to handle the effects of alcohol such as how to stop throwing up after drinking. However, it is always important to properly scrutinize every advice on how to cure hangover headache before trying it. This will help prevent more harm to the user.

Two of the most effective ways for curing hangover headaches include natural methods and use of medication.

Some of the natural methods that would help one get rid of a hangover migraine include:

Reducing The Risk Of Hangover Headache

There are steps that, when followed could help one wake up the following morning without a migraine.

Some of these steps include:

People have explored different ways to reduce the effects that might be felt on the morning after, including sweating out alcohol. While a hangover migraine is a common symptom for people who take alcohol, it does not make it pleasant. Such a symptom usually manifests itself in the event one takes alcohol in excess or without taking cautionary measures to make sure that the alcohol does not interfere with bodily functions. Seeking medical attention might also be a great idea if one experiences more effects such as fever and chills after drinking alcohol.

It is hard to admit the problem, but the recovery is impossible without this step. Ask for medical help with alcohol abuse and get the second chance for a healthy life. The rehabilitation in a facility may seem to be the long and difficult process, but it is totally worth it.