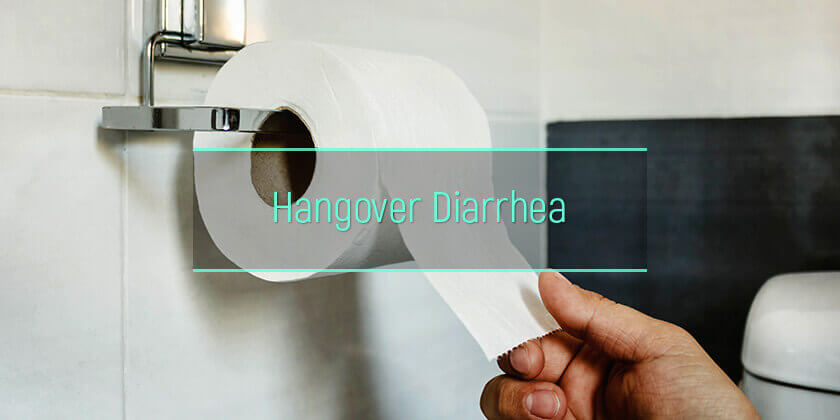 Drinking and Diarrhea go hand-in-hand when one consumes large amounts of alcohol. Diarrhea is a common symptom of alcohol hangover. It has varying degrees, from mild to severe, depending on how much alcohol is ingested. This increases the individual’s risk of dehydration, which in turn worsens hangover symptoms. It may be so severe, that it is possible even to die from a hangover.

What Is Hangover Diarrhea?

It is one of the side effects of a hangover, and it refers to the passage of loose or watery stools at least three times per day. It may also refer to increased bowel movement per day.

But can alcohol cause diarrhea? It causes passage of loose stools as a result of its effects on the small intestines and the colon.


How Does Alcohol Cause Diarrhea?

One can experience diarrhea after alcohol intake as a result of the several changes in heavy intake causes in the body. These changes include:

Gut contractility also called peristalsis or peristaltic movement, is the movement of the gut muscles, which propels food down the gastrointestinal tract. When one ingests a large amount of alcohol, it increases the rate at which these muscles contract, propelling food downward toward the rectum much quicker.

The problem with this is that the absorption of water from food, which normally takes place in the colon, no longer happens.
This is because the increased peristalsis in the gut leaves little time for the colon to absorb water from the gut content. This results in a large amount of water leaving the colon to the rectum to be passed as watery stools.

Alcohol increases acid production in the stomach, irritating its lining. This causes gastric upset, presenting with abdominal pain, vomiting, nausea, and diarrhea. If one passes loose, watery stools or throws up bile after drinking alcohol, it is because of the irritation it causes to the lining of the stomach and the small intestines.

Congeners in alcohol, as well as by-products of its metabolism in the gut, trigger some changes in the gut such as increase peristaltic movement and secretion of water from the colon. This causes alcohol withdrawal diarrhea. These toxins may also be responsible for the headache after drinking.

For people who have always wondered, why does beer give me diarrhea? These are the reasons.

Anyone who drinks in large amounts may have to deal with diarrhea after drinking beer. However, certain groups of people are at a higher risk and are more likely to have severe diarrhea from drinking alcohol. These include:

People with intestinal diseases such as Celiac disease, irritable bowel syndrome, and inflammatory bowel diseases including Crohn’s disease and ulcerative colitis are more likely to have diarrhea from alcohol.

This occurs because these intestinal diseases increase the gut’s sensitivity to the effects of alcohol. The frequency of bowel movements is a common symptom of these diseases and ingestion of alcohol amplifies the diarrhea day after drinking.

Sleep deprivation causes gut dysmotility, a condition where the gut contractility is abnormal. Sleep deprivation may therefore exacerbate the effects of alcohol on an already hyperactive gut.

People who have abnormal sleep-wake cycles, such as night shift workers or people with sleep disorders may be at a higher risk of experiencing diarrhea after a night of drinking. 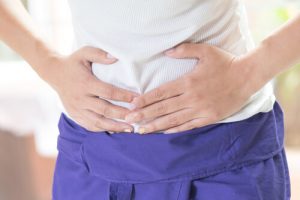 The most important thing to resolve alcohol withdrawal diarrhea is to discontinue its intake. One should not continue drinking it while passing watery stools or after hangover symptoms may have resolved. As long as its intake continues, the symptoms won’t resolve.

Although hangover diarrhea resolves after a few days of discontinuing drinking, there are a few things one must bear in mind to expedite resolution of the symptoms. These include the intake of certain foods and avoidance of others which may worsen the frequency of bowel movements.

Here’s a list of foods to eat and foods to avoid to expedite resolution of diarrhea after drinking alcohol:

What to eat and drink

These foods and drinks help to calm the stomach and bowels, reducing peristaltic movements. These also help lower the severity and symptoms of dehydration and help to cure hangover shakes.

Probiotics are organisms which help to restore balance in the gut and protect against disease-causing organisms, reducing passage of loose stools. Examples include yogurt, Kefir, and Kimchi.

People experiencing this symptom may also use anti-motility medications such as loperamide. However, consult the doctor before using any over-the-counter anti-diarrheal medication.

Avoid the following foods and drinks when sweating out a hangover.

These may also help if one needs to know how to stop puking after a hangover.

Dehydration is the most feared complication of stool frequency, because of the resultant end-organ damage and death if uncorrected.

Although many cases of diarrhea day after drinking alcohol resolve spontaneously shortly after onset, severe cases may cause dehydration.

Symptoms of dehydration include:

In addition to these symptoms and signs of dehydration, certain signs associated with frequent stooling warrant an urgent visit to the doctor. These include:

How To Prevent Hangover Diarrhea

The best way to prevent hangovers is to avoid alcohol. However, if one must drink, one must drink in moderate amounts to prevent these symptoms from occurring. If one experiences frequent bowel movements, staying well hydrated and avoiding foods and drinks that worsen stooling keeps it in check.

In case the symptoms get work, it’s better to ask for help. Alcohol rehab facilities offer many services that may help patients suffering from hangover. Some of the treatment programs available for alcoholics will also work for those with the regular binge drinking resulting in veisalgia.