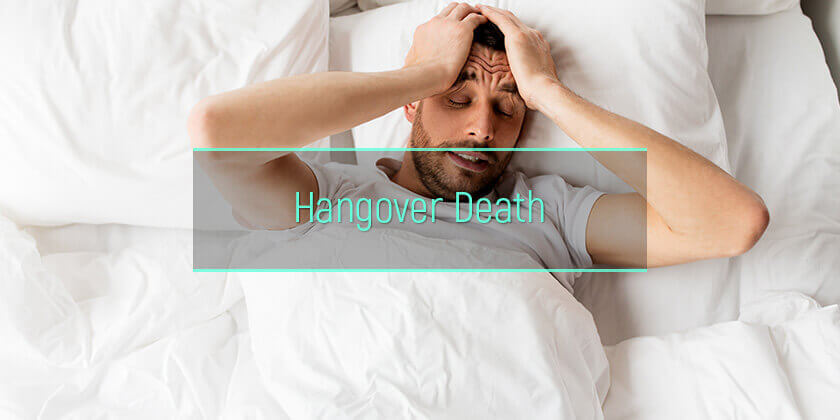 As harmless as it might seem, a hangover can cause death. Alcohol is, in fact, a depressant drug which slows down the connection between the brain the rest of the body, leading to dehydration, reduced respiration, alcohol poisoning, which can all cause the person to die. People driving with a hangover are more likely to cause lethal accidents. People who already endure depression and anxiety would find that once the alcohol wears off, what they tried to suppress will come back in full force, making them more prone to suicidal attempts. These are only some of the severe effects of severe hangover.

Can One Die From A Hangover?

A hangover can put one’s life into deadly jeopardy without even realizing it. The factors that influence this are sensitivity to alcohol, age, sex, the speed of drinking, food eaten and if the person is under any medication.

When a person starts drinking, the blood alcohol concentration or BAC starts to increase, at the same time with the effect of ethanol. Once the BAC level starts to decrease, and alcohol is eliminated from the body it can make a person feel sick, decrease motor coordination and cloud judgment, exposing the individual to the risk of getting injured from falls or car crashes, and, eventually, death.
Another symptom could also be black vomit after drinking alcohol if the person has a highly irritable and inflamed stomach.

This can become a fatal hangover for someone who does not know that they are still under the influence of alcohol and engage in driving or operating machinery.


Ways In Which Hangover Can Kill

Although the liver filters some alcohol out, some of it still gets to the liver, where it is metabolized into a toxic chemical called acetaldehyde. The body starts burning this chemical instead of fat like usual. Excess acetaldehyde can lead to cellular and tissue damage of the liver, which is the primary site of oxidation, but can also affect other organs such as the pancreas, the brain, the heart and the gastrointestinal tract damaging vital body functions. This damage can potentially lead to death.

When someone is experiencing a hangover, they are likely to suffer from symptoms such as memory and concentration difficulty, strong headache, hangover puking, impaired vision, tiredness and loss of dexterity. Driving a car or handling machinery under these conditions increase the chances of lethal accidents. This is one of the ways to die from a hangover. In this situation curing hangover headaches and waiting for the hangover to pass, can save someone’s life.

Heavy vomiting can cause choking and death

Vomiting is another sign of a hangover. But even if the person is sleeping, a potential problem would be choking on one’s vomit and dying. What happens is that alcohol prevents the brain from having automatic responses such as the gag reflex, preventing the person from being able to vomit. Choking on one’s vomit can lead to death by asphyxiation.

Hangover depression can lead to suicide

Alcohol is a depressant. This means that a person who is already prone to anxiety and depression will wake up after a night of partying feeling anxious, ill, guilty and jittery.
When drinking too much, one is more likely to act on impulse or make bad decisions that they might regret the next day: ruin a relationship, lose a job or drain the bank account. All these lead to regrets in the morning, and if the person is already dealing with depression, the higher the chances of suicidal thoughts and actions which may lead to death.

A hangover can have the same symptoms as some dangerous lethal diseases such as meningitis. In the later stages, this disease can make people disorientated, confused, feverish, delirious and sensible to bright lights among others. These symptoms can be quickly mistaken for a hangover. At this stage, without immediate medical action, meningococcal septicemia would install leading to multiple organ failure and ultimately death. Sometimes the only signs of this life-threatening disease are diarrhea and vomiting, being easily mistaken for the hangover-induced diarrhea combo. 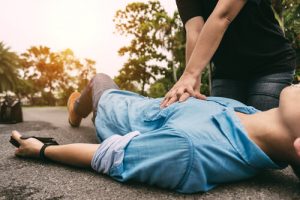 A hangover can cause hypoglycemia and death

Alcohol disrupts the body’s ability to maintain tight control on the blood sugar levels. The result is a low blood sugar concentration after drinking, which is the main cause of weakness and fatigue, but also hangover causes hands to shake and even seizures. The seizures can last for more than five minutes or can be several episodes occurring very close together. The seizures can cause brain damage and death, therefore require immediate medical attention.

Dehydration associated with a hangover can cause seizures

Alcohol leads to dehydration since it inhibits vasopressin, the hormone that makes us pee. That’s why water is sent directly into the bladder, and the kidneys cannot reabsorb it into the organism. Severe dehydration can lead to seizures and even brain damage, cardiac arrest (mistaken for chest pain after a night of drinking) and even demise.

A study made by the Centers for Disease Control and Prevention (CDC), shows that almost 88,000 people die in the US every year due to excessive drinking, and this number includes car accidents.

Research suggests drivers are not aware of the dangers that a hangover implies, with 33% of those surveyed thinking that if they drink water it makes them safer to drive, 22% of them thinking sleeping will do the trick and 21% of them putting their chances on eating a large meal to wear off the alcohol effects.

The same research shows that 58% of people who have drunk four or more drinks take the risk of driving the morning after.

Prevent Death From A Hangover

The answer is to avoid alcohol overindulgence and wait until all the effects of hangover wear off. The symptoms should go away in about 20 hours or less, depending on how much alcohol was consumed.

In case the symptoms last longer and their severity increases, contact the rehab for alcohol abuse. The representatives of the facility will advice on the treatment programs tailored to the individual needs/