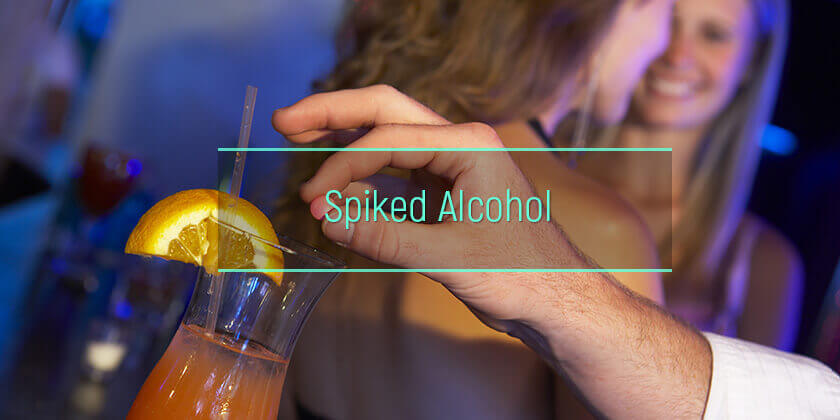 A spiked drink can cause a number of unpleasant effects on the victim, often causing them to feel hazy.

People who are aware of spiked drink symptoms and those who know how to know when a beverage is spiked have a better chance at preventing themselves from being spiked. In this post, we’ll take a look at how to tell if your drink is spiked, and consider what a person should do in the event where they think that their drink might have been spiked by someone.

What Is Drink Spiking?

Drink spiking is a term used to describe cases where someone (the criminal in this case) adds a certain substance to the beverage of someone else (the victim in the case). When a person drinks an alcoholic beverage that has been spiked, they might find the entire experience very frightful and scary. It can also be a deliberating experience for someone when they notice that one of their close friends has been spiked, especially when they are not sure how to handle the situation and what to do.
Even though those who abuse alcohol are considered at a higher risk of being spiked, it is important to know that this can happen to those who only drink on special occasions as well.

There are different kinds of substances that are used to spike the drink of a potential victim.

One of the most common substances that criminals use to spike the beverage of their victim is alcohol – the criminal would add strong alcohol to an existing alcoholic drink that the victim is drinking, which causes the victim to become drunk faster than usual.
This already causes the victim to feel vulnerable without the addition of other drugs or substances.
There are also cases where drugs are added to an alcoholic drink to spike it. Many of these drugs are much stronger than simply adding more alcohol to the victim’s beverage.

One of the scariest factors about the substances that criminals use to spike a victim’s alcohol is the fact that these substances often do not yield any color. They rarely have any kind of taste, and they do not have a smell. What this essentially means is that people usually drink a spiked drink without knowing this – only to realize that they have drunk spiked alcohol after the effects start kicking in, or they end up asking was my drink spiked or was I drunk the next day.

Gamma Hydroxybutyrate, also known as GHB, and Rohypnol, or the popular “Roofie,” are the most common types of drugs that are placed into a victim’s drink to spike them. Both of these are considered rape drugs. Both of these substances are often difficult to detect, so a person may be spiked and never really know of this – since they both leave the system relatively quickly after they have been consumed.
In some cases, the criminal would add recreational drugs to the victim’s alcoholic beverage. This may often include Lysergic Acid Diethylamide, also known as LSD, Ecstasy, and Ketamine. When stimulants are mixed with alcohol, it can sometimes lead to serious complications.

Criminals spike drinks for a variety of reasons. There are some cases where a person would spike another person’s drink purely as a joke, without meaning any harm to them or wanting to participate in criminal activities.
In other cases, however, the criminal would spike the drink of their victim for reasons such as to assault them, either physically or sexually. There are also some criminals who would spike their victim for the purpose of theft.
In the report carried out by the University of Illinois at Chicago, 144 participants were enrolled in a study. The study focused on finding the presence of drugs often used to spike alcoholic drinks in blood samples took from the participants. A total of 61.8% of these participants had traces of drugs in their system that the study focused on. Among all participants, 4.9% had traces of substances considered “date rape drugs.” Only 40% of people who were “spiked” reported the activities to the authorities. 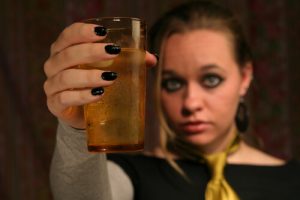 Signs A Drink Was Spiked

It is crucial for people who go out to clubs on a regular basis to understand what the symptoms are that occur when their drink has been spiked. Not only this, but they should also be able to recognize the difference between a regular hangover that occurs from drinking, and a spiked drink hangover. This will help them know that they have been spiked, which would assure they are more careful the next time they visit the same club or facility.
Drink spiking can happen to anyone – including those who participate in underage drinking.

Symptoms that happen immediately after drinking

The symptoms that occur after a person has drunk a spiked alcoholic drink can vary from one to another but often include lowered inhibitions. The person may also seem like they have lost their balance. Additional drink spiked symptoms that may occur include:

In some cases, especially when the drugs used are some of the more potent or harmful options, then the victim may also become unconscious.
It should be noted that the specific symptoms that the victim may experience often tend to depend on the specific drugs or substances that the criminal mixed into their drink. Some substances may yield more serious and significant side-effects as others.

Symptoms that can be felt the next day

A drink getting spiked can be harmful and cause symptoms that do not only affect the victim on the night that the event occurs. Some of the drugs that are used for drink spiking may last for as long as seven hours before the symptoms disappear, but many people tend to fall asleep or become unconscious in a shorter period of time. There are cases, however, where a person may find that the symptoms of a spiked drink continue to haunt them after they wake up the next day.
In most cases, there are three particular symptoms that sometimes still continue to persist the morning after. These symptoms of spiked drink that may still occur the next day include:

When a person notice symptoms of having their drink spiked appear, then it is crucial that the person take appropriate steps in order to avoid potential complications.

While out at the club, a person may sometimes notice that someone has been spiked. If they see someone who presents the symptoms of having their drink spiked, then they should be sure to take action. The best course of action would be to take the victim to the nearest emergency room. It will also be helpful to report the incident to the police, as well as to keep a sample of the spiked drink, if possible, to hand over to the police.

Drink spiking is considered a very serious criminal offense and is considered illegal throughout the entire world. When a criminal is caught spiking a victim’s drink, the matter will not be taken lightly, and a full lawsuit will be initiated. 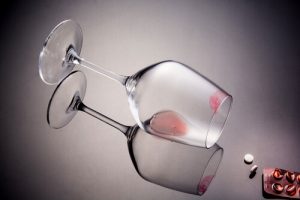 What A Person Should Do If They Have Been Assaulted

After having a drink that was spiked and you have been assaulted, it is crucial that you report what happened to the police. The person that was spiked should try to get a good look at the criminal, if possible and if they are conscious enough. Any information they are able to provide will definitely be helpful for the police.


How To Avoid Drink Spiking

Since many substances used for spiking drinks are tasteless and colorless, finding out how to tell if a drink is spiked is really a difficult question to answer. There are ways to prevent onerself from being a victim to drink spiking possibly.

One of the most important factors is to NEVER leave a drink unattended at a club or any facility for that matter – even when those around a person are people they trust.
When a person holds a drink in their hand, they should try to keep their hand or a thumb over the opening of the glass or bottle. This can help prevent any drugs or substances from falling into their drink.

Any person may fall victim to drink spiking. At the same time, however, people who suffer from alcoholism are considered at a higher risk of being spiked.
If a person is not sure if they might have such a problem, they should consider learning what is a social drinker.
There are many options available for people who are alcoholics, which will not only reduce your risk of being spiked but also help them through alcoholism. These services usually include rehabilitation for alcoholics.
If you or your loved one is struggling with a drinking problem, it is important to know that help is available. When you are ready to take the next step to sobriety or would like to know how to live with an alcoholic, ask for professional help.