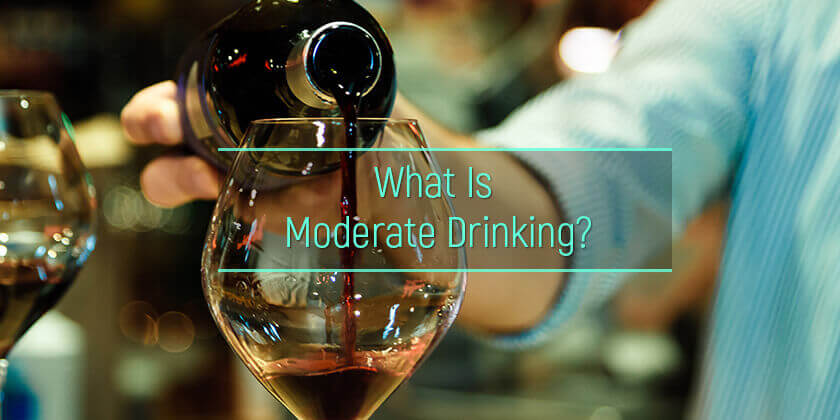 Light to moderate alcohol intake has been associated with both risks and benefits in varying measures. That notwithstanding, the debate on whether patients should cut back on alcohol intake or abstain altogether still attracts differing opinions.

What is Moderate Drinking?

Several studies have been done in an attempt to answer the question, what is moderate drinking? Well, in the scientific community, what is considered moderate drinking translates to one drink per day for women and two drinks per day for men. There is also another perspective in which, moderate drinking is defined as limiting the speed at which one drinks so that the blood alcohol concentration is maintained below 0.55.

There are books on alcoholism with general guidelines that can help people looking for ways on how to moderate drinking. However, these guidelines are not a reliable guarantee of safety for everyone at every time. The rule of thumb provides that women should take one alcoholic beverage per day while for men the limit is two.

The literature on alcoholism define social drinker on different terms based on the type of drink and by extension the alcohol content.

Servings must not be averaged, but rather taken on a per episode basis. For instance, having seven drinks in one sitting and compensating for by not taking a drink for the rest of the week cannot be said to be moderate drinking.
Safe drinking can also be influenced by other factors other than the type of drink.

Determination of a safe level of drinking, therefore, must be done in full consideration of all the above factors together with the dietary guidelines. What is a moderate drinker based on one set of safe level conditions may change following a shift in the underlying factors!

There are lots of reasons out there why alcohol should be avoided under all circumstances. Well, while this may have its own set of arguments, there are also proven benefits of moderate drinking worth considering. 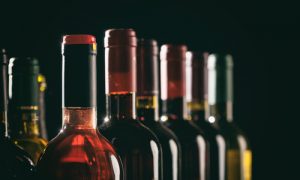 While the benefits above are certainly commendable, the risks often outweigh the advantages. For instance, drinking rubbing alcohol even in moderation can be life-threatening.

There seems to be a tipping point after which moderate drinking can no longer be controlled and drives the drinker right into alcoholism. With long-term drinking even on moderate terms, the brain physiology is affected by creating long-term alcohol dependence. Problem drinkers, on the other hand, have their brains and bodies craving for alcohol and just a sip of alcoholic beverage after abstinence is enough to send them into another cycle of alcohol abuse and health problems. Therefore, even putting them on a moderate drinking program may not help much.

Alcoholism can be diagnosed through medical tests. However, the patient must seek treatment in good time as an extended drinking problem can be damaging both mentally and physically. There are several ways on how to help an alcoholic that doesn’t want help.
All these can be explored in a typical alcohol abuse treatment center. There are professionals ready to help in cutting back alcohol intake or quitting for good through therapy and safe drinking tips.

AlcoRehab » What is Alcoholism? A Complete Guide to Alcohol Addiction » What Is Moderate Drinking? Safe Levels Of Alcohol Intake