Alcohol tolerance is on the rise. Alcohol is the most frequently consumed type of drink other than the carbonated soft beverages. In fact, alcohol is the number one drink in some countries. Unfortunately, alcohol is an intoxicating beverage which produces effects that vary from excitement to narcosis, depending on the individual tolerance and the amount consumed. Alcohol belongs to an organic class of compounds. The type used in beverages is a spirit named ethyl alcohol. This type of alcohol is included in different fermented and distilled beverages in varying percentages.

For example, whiskey, brandy, and rum have almost 50% ethanol, while most wines have a 10-15% alcoholic concentration, and beers contain a lower percentage of 3-10%. Alcohol is made from molasses, grapes, grains, or various mixes to produce different beverages.

You can monitor the effects of booze by observing the drunken person or by using tools like breathalyzers, etc. The Blood Alcohol Concentration (BAC) is commonly used to classify the short-term symptoms, and warning signs of alcoholism that appear after certain amounts of booze have been ingested.

Some BAC levels are given below as examples: 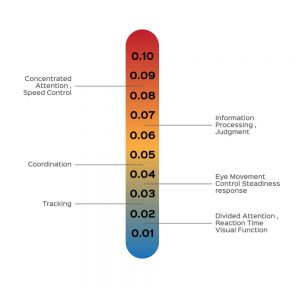 Even though it’s widely known that ethanol produces harmful effects, that they have a potential to become a mentally and socially destroying addiction to alcohol, and that it’s able to cloud judgment, millions of people around the world consume it daily. One of the factors that greatly increase the consumption of alcoholic beverages is a physiological effect called alcohol tolerance. This physiological process represents the body’s ability to tolerate amounts of ethanol that would otherwise produce dangerous effects on the individual’s health.


The Definition Of Alcohol Tolerance

You’re probably wondering what alcohol tolerance is. It represents the body’s capacity to tolerate large quantities of ethanol. Because alcoholics chronically consume excessive amounts of booze, their bodies require larger quantities to produce similar effects to what a non-frequent or new drinker would experience after a few standard drinks.

How does alcohol tolerance work, you might ask? Well, the main cause of alcohol or ethanol resistance is the frequent and excessive consumption of alcoholic beverages. However, there are many factors that can help build alcohol tolerance. Body type, ethnicity, gender, metabolism, and chronic alcoholism can influence the development of tolerance to booze.

Even though there are several factors to take into consideration, the main cause of ethanol resistance remains frequent and excessive consumption of alcoholic drinks.

Can you build up a tolerance to alcohol just because you’re taller or larger? The short answer is yes. People who have large bodies and those who are muscular need a larger quantity of ethanol to benefit from the same effects as an individual of average build and height. This happens because alcohol first gets distributed to the periphery. There are a lot of tissues the ethanol has to pass through in the body’s periphery before reaching into the brain where it produces the desired effects. However, alcohol abuse in the military remains a big issue, although the bodies of the servicemen seem to be bigger and have more muscular tissues.

Certain genetic differences have caused different alcohol tolerance levels in many ethnicities. Most of the Asian population doesn’t have ADH, so they can’t metabolize the booze in their bodies. Some enzymes that are capable of metabolizing ethanol are present. However, these enzymes work at a very slow rate, and they can’t metabolize acetaldehyde at all. This is why they are not able to compensate for the ADH deficiency.

This is the main reason Asians get drunk faster than Europeans or Americans. Sometimes, the contrast is so dramatic that if a person with enzyme deficiency like an Asian would consume the same amount of booze that is normally drunk by Westerners, they risk developing an alcohol flush reaction. This physiological response determines the apparition of red blotches on the skin, face, and back, but sometimes on the entire body. The reaction appears because of the accumulation of acetaldehyde. This substance cannot be metabolized by those with ADH deficiency. Nearly 36% of the Asian population displays this reaction.

According to several studies, women feel powerful alcoholic effects and get drunk faster than men. This happens because women generally have smaller bodies and a higher fat percentage than men, so they need small amounts of booze to get intoxicated. Women also produce smaller amounts of enzymes, so the ethanol circulates in their bodies for a longer time.

Just like other drugs, alcohol is metabolized by the stomach and the liver. Even though the process is similar for everyone, the metabolism of the ethanol compounds in different individuals varies. Different people will not digest and develop the symptoms in the same amount of time. This happens because the ADH levels, which is the enzyme that initially metabolizes the alcohol dehydrogenase into acetaldehyde, are different for every individual. The acetaldehyde is a toxic intermediate product that is later transformed into water and carbon dioxide. ADH is our best defense against the extremely toxic effects non-metabolized ethanol produces on our cardiac and nervous systems. People who use slower variants of this enzyme are more likely to develop a resilience to booze and a dependence. As a rule of thumb, our bodies will metabolize one standard drink in one hour. Those who have no ADH cannot metabolize ethanol easily, so they manifest the symptoms faster than others.

The main cause of alcohol tolerance is chronic alcoholism. This chronic process increases the alcoholics’ tolerance to the effects of booze when they consume it in reasonable amounts. So if they want to reach levels of excitement and forgetfulness, alcoholics have to drink more than normal people do and react to alcoholism triggers faster. Their bodies have adapted to the volumes they usually drink. The stimulation of the receptors decreases, so the alcoholics develop an ethanol resistance.

Alcohol produces its effects by suppressing the neurotransmitter system. But doing so in the long term makes the receptors to adapt themselves and stop responding to its effects. Alcoholics seek effects like sleepiness or relaxation but cannot feel them. This determines the alcoholic to drink larger amounts of booze. The increased consumption leads further towards alcoholism.

Is a High Alcohol Tolerance Genetic?

Some genetic differences can account for differences in alcohol tolerance. In some cases, these differences fall along ethnic lines. A large population of Asians doesn’t have the necessary enzyme (ADH) to metabolize ethanol, which means they are more likely to get drunk faster than Westerners.


Why Alcohol Tolerance Is Dangerous

Ethanol abuse doesn’t result in anything positive, especially when it’s combined with ethanol resistance. People who have a tolerance to alcohol drink more of it, and sometimes the amounts they consume can reach a deadly level. The risk of developing an ethanol dependence is also increased, and the medications which are normally recommended for the treatment of alcoholism become ineffective. A resilience to booze can also cause damage to the liver, brain, and heart, and it can impair some cognitive functions in the brain (performing tasks, understanding). There is a link between anemia and alcohol tolerance. Consuming more than two drinks per day can increase the risk of an iron overload, which leads to anemia. 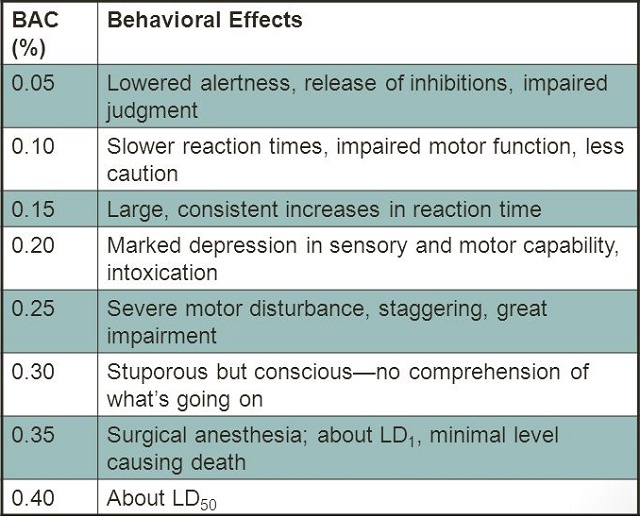 How to Lower Alcohol Tolerance

Abstaining from drinking will gradually lower the body’s ethanol resistance. As a result of the resistance decrease, the person will be able to feel the effects of booze after drinking less than before. This is an effective way of reducing alcohol tolerance and the prevention of the development of alcohol abuse habits and alcohol dependence.

While this process is simple to understand, it’s difficult to follow. However, the process works miracles in lowering the body’s ethanol resistance. You just have to abstain from consuming ethanol for several days, and your body will naturally reduce the amounts of booze it needs to experience its effects. By using this technique, people who previously couldn’t get intoxicated after 5 or 6 drinks, experience a strong impact after only one drink. This process can successfully prevent the development of alcohol-abusing habits and alcohol dependence and in certain individuals.

How Long Does It Take to Lower Alcohol Tolerance?

Well, the period required to change the alcohol tolerance level varies for every individual. However, decreasing the number of weekly alcoholic beverages consumed is effective for everyone. For most people, a single month of alcohol abstinence is the usual time limit. The first month of abstinence is also the hardest, but slowly decreasing the number of alcoholic drinks you consume weekly can help bring your resilience to booze down without having to suffer major withdrawal symptoms. Abstaining from alcohol for a long time can ultimately reverse alcohol tolerance. There are many types of alcoholism treatment methods that can make the rehabilitation process faster and easier. Abstinent alcoholics can reside in sober living homes to eliminate the chance of relapse. Alcohol addiction rehab is the safe and fast way to achieving sobriety.

AlcoRehab » What is Alcoholism? A Complete Guide to Alcohol Addiction » Alcohol Tolerance: How Does It Work?